How Foodle Was Born

People have been writing down their experiences for many centuries. One of the earliest works that displays the characteristics of a diary, according to Wikipedia, is Meditations, a series of personal writings of the Roman Emperor Marcus Aurelius. He wrote notes and ideas on Stoic Philosophy in the second half of the 2nd century AD. Diaries of public figures have been published and have become an important part of historical documents. For example, the diaries of Samuel Pepys, an administrator of the navy and Member of Parliament, are considered as one of the most important sources for the English Restoration Period.

What about the first food diary? How was it born?

People still argue how the first food diary appeared. An old legend says that it happened in France a long, long time ago. There was a wine trader transporting barrels of wine form South to North France. He was famous for his refined taste for food and the feasts he had with friends in various taverns along the road.

The French trader was describing what, when and where he ate in a black, leather notebook. He didn’t tell anyone, fearing he may have been ridiculed. One night he was with friends in a tavern and everyone got pretty drunk. The trader had some silly argument with a friend, things got heated, the friend drew a knife and accidently stabbed and killed the trader.

The next morning, the trader’s friend was devastated by what he did. He also found his friend’s notebook and read it. He organised a dinner in memory of his friend at the favourite tavern of the French trader. Later, he decided to read the diary carefully and use his friend’s notes to pick up places to eat. However, one night someone stole the food diary. He was so sad that he left his home town. Nobody has heard of him again ever since.

Since then the world has evolved and changed. Possibilities and information flow in all directions. Social networks have become an intricate part of our lives. There are many ways to keep our diaries safe. How is the food diary digitalised nowadays? Let’s ask Gerhard Huber, a devoted food lover and the creator of foodle.pro.

Gerhard is a veteran foodie and pioneer in many areas of fine dining. His food journey began in his youth when his parents took him to good restaurants. He then started to travel as a student equipped with maps and the Michelin Guide to visit some of the best restaurants. In 2000, when he sold his business, he decided to follow his passion. He is one of the few people on earth who have eaten in all three Michelin-starred restaurants. Gerhard was even among the stellar cast of the documentary Michelin Stars – Tales from the Kitchen.

In this high-end game, one needs to be organised in order to excel. This is one of the reasons why Gerhard started a digital diary of his food experiences in the world of dining. He first used Evernote Food which perfectly served the purpose of preserving memorable food moments.

“I could’ve uploaded photos on Instagram, for instance. But I often need to find information about a restaurant I visited a long time ago. Try to find something you posted on Instagram several years ago. It’s impossible. I know only two people who can do it, but they are super organised and hash-tag every meal or dish with great precision.”

In 2015, however, Evernote Food announced it was shutting down. Gerhard liked the way this application did the job for him as a food diary and decided to save it.

“I tried to buy the food app of Evernote. This turned out to be mission impossible as they didn’t want to sell the application by itself.”

Gerhard was at a crossroad. He had two options: try to adapt some existing application or do something else, be bold and build his own app.

The Birth of Foodle

“I really missed Evernote Food. Anyway, I felt it was time to move on, embark on a new journey and follow my passion for food. I decided to start Foodle as a service for people who like food and need a place to keep a food diary.”

Gerhard found the right people and assembled a team. As all great ideas, Foodle started as a food diary of foodies and evolved into a new kind of social network: a personalised social network for food lovers. Foodle became a place where one can enjoy food photos, browse food stories posted by other users, have an easy-to-navigate dairy of personal food experiences, search for restaurants, or connect with other connoisseurs. 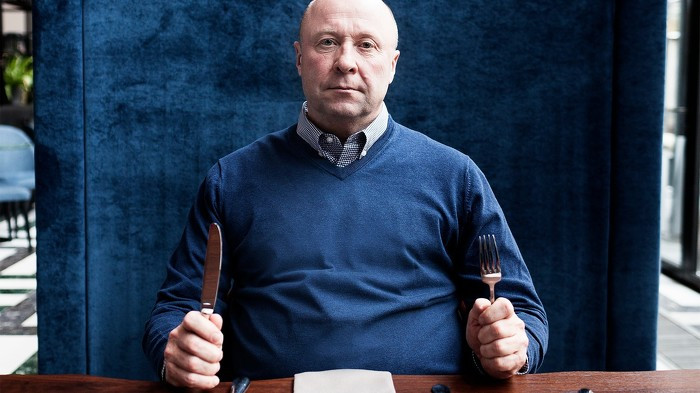 “To me food has always been a form of art that you perceive with all of your senses. An art that exists in the moment, a gastronomic experience that will most probably never be repeated in exactly the same way. I want to have a place where other people can share this experience.”

In addition to one of its main features, namely its searchable archive system, Foodle became a social medium by accident.

“The team uploaded a feed of photos and different meals by mistake,” recalled Gerhard smiling at the memory. “An hour later, everyone was absorbed in browsing. They were so fascinated that they asked me to leave the News Feed.”

This “accident” turned into the classy and elegant News Feed that everyone is familiar with now.

“When I plan my next food trip, I research beforehand. I noticed that this consumed a lot of time. I had to read too many pages and websites, and in the end, I wasn’t sure it was the restaurant I wanted to visit. I asked my team to build a restaurant search engine that would be easy to use and would provide the information you need in one place.”

The result is a unique search engine tailored to your needs. Not only do you apply additional filters to your search, but you can also find out whether other Foodle users have been to a particular restaurant and read their opinion about the place.

Gerhard is now involved in what may be the next big social network. He is busy with this new project. Luckily, he doesn’t need to give up his passion. On the contrary, his project helps him keep his food diary and easily find a new restaurant to try. Moreover, it’s fun because now he has the opportunity to connect with other food lovers as well.

A wise man once said: “Do what you love, and you’ll never work another day in your life.”