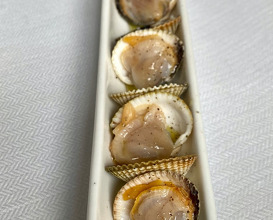 One of the absolute highlights of my food tour was a lunch at Sacha in Madrid. An unassuming bistro in the Chamartin neighbourhood founded in 1972. Charismatic chef Sacha Hormaechea took over the reigns from his parents Carlos and Pitila and cooks uncomplicated traditional dishes with Catalan and Galician influences.
I have had many a 30 course tasting menu but I have to say that a lot of those pale into insignificance when comparing the food based simply on flavour.
Dishes such as the false sea urchin lasagne or the Suquet de Carabinero, prepared in front of you (see video) and then eaten using the head shell as a spoon, were an absolute revelation. But the dish that I remember most clearly, and that instantly went into my top 10 of the year, was a dessert that Sacha himself brought to the table. Placing it in front of us with a mischievous glint in his eye he refused to tell us what we were about to eat but urged us to tuck in quickly. The innocuous looking disks of golden brown sugaryness were in fact slices of veal brain and were without a doubt one of the most incredible desserts I have ever had. Anyway....go and eat there. That is all. 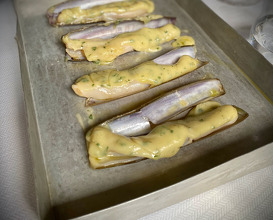 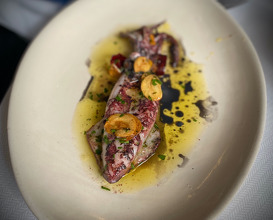 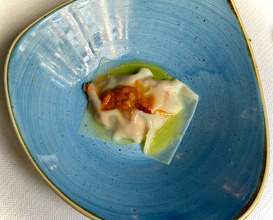 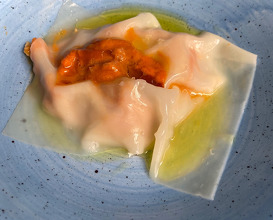 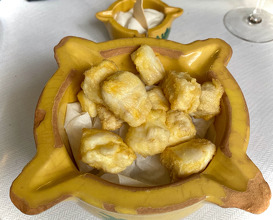 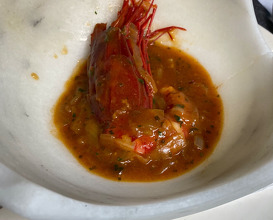 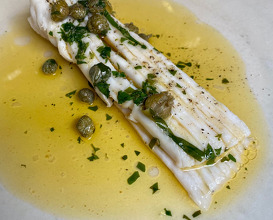 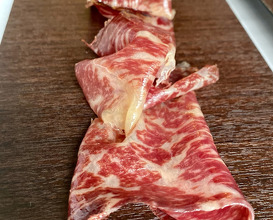 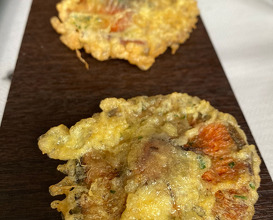 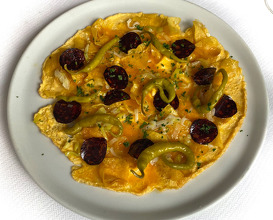 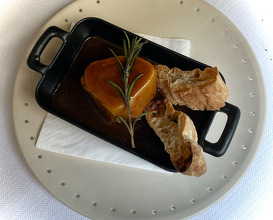 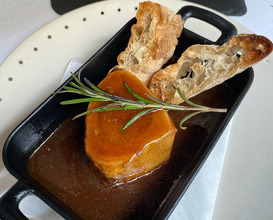 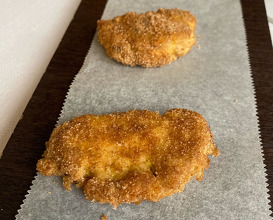 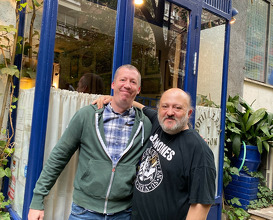 With the man himself