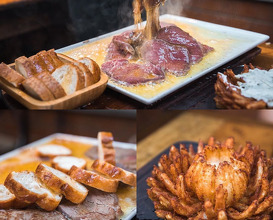 at Nusr-Et Steakhouse Etiler on 16 February 2020

Nusret Gökçe, aka “Salt Bae”, became an Internet meme for his technique in preparing and seasoning meat. He is a Turkish butcher, chef, and restaurateur who owns Nusr-Et, a chain of steak houses across the world that opened in 2010. Since we’re in Istanbul, we decided to try the original shop. It’s a meatlover’s paradise with a wide selection, and all the protein is from the Maramra region. We ordered the Nusr-Et Special, a zone beef fillet with melted butter and sea salt, that was prepared tableside. Despite the hype, it was actually quite tasty! 🥩
_
Nusr-Et Steakhouse Etiler, Istanbul (Sept 2019)
#cityfoodsters_istanbul
#cityfoodsters_nusret
_
#istanbul #saltbae #nusret 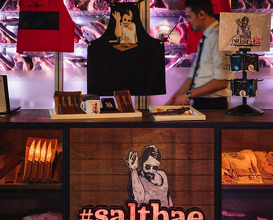 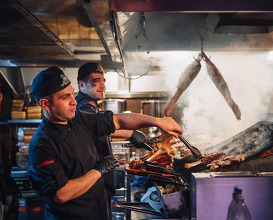 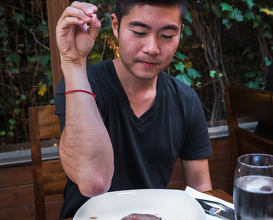