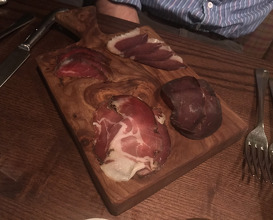 Meal at The Red Lion Freehouse

Another evening visit to this delightful pub and yet another evening in darkness as all my visits during the winter have been here!  I’ve been here too many times to not be here during the summer and on this visit it was nice to see the upper private dining room that can booked if done in advance and for up to roughly 10 people.  What I would love to do here as well at some stage is have breakfast which it will also provide as it is an Inn with rooms in the classic of senses which I also love about The Red Lion Freehouse.  Glorious charcuterie, a great cep soup and believe it or not, a wonderful salad as a main were in the mix for this visit.  The set menu was back for superb value in the evening of 3 courses for £24 at this standard of cooking and this is the other key strength of this eatery.  Hospitality could not be more down to earth and welcoming at the same time and was also good to meet chef Dave Watts who was on point for this evening.

As with all set menus, there is a reason for their reasonability in that the cuts of meat will obviously be less expensive and as I discovered on this visit, it will obviously reduce the general size of the dish.  Therefore, this was a useful reminder that with some set menus, the portion sizes will sometimes not be as big as you would expect at all.  The sauce béarnaise here still remains among the very best I have come across in the country in perfect tarragon zing and viscosity and the ingredients alone did the talking for the starter of chicory, sweet mustard and blue cheese with apple – simple and effective.

My only niggle with this meal was that the chips actually appeared and tasted over done which was a surprise at this level.  Not catastrophic but was surprising as a simple, clumsy error like this reduces the pleasure valve and can easily be avoided.  However, the home made ketchup was a stroke of class and another first for me.  So much so, that a blob of this in to the béarnaise seem to make a rather nice pseudo sauce choron for my OCD on these sauces.

The set chocolate dessert was not lacking in chocolate and was a pleasurable beast but the prize went to the selection of desserts which was a cracking idea for the a la carte (allows a tasting of the main desserts from the a la carte on one plate).  This was another way in which this pub shows its good flexibilty above others in being able to accommodate this and essentially take two courses for £18 from the set and then do an a la carte dessert on top which is a very good way of doing things.

So, although this menu was a step down from the previous menu, it was certainly excellent value with some very good elements.  I look forward to coming back in a warmer month so the outside can be seen and enjoyed with a full blown a la carte blast which will happen next time for their absolute hits.

The pork main was less of an explosion and I would have preferred to have had more of the veg to add a little more balance to the otherwise protein and carb-rich plate as well as giving a little more moisture to the pork however, I particularly liked the smoked quality of the brown butter mash with the pork.  Although I accept it was the set menu option, the crackling was not very notable in comparison to others that have been enjoyed but otherwise the dish was pleasant enough on the palate.

The vanilla ice cream had run out giving rise to the replacement of the maple syrup and pecan ice cream and frankly I thought this was a far more gratifying anyway.  Delightful maple notes and as it melted in to the crumble which was soft, juicy and had the perfect amount of sloppiness just under the crumble – it all came togther beautifully.  Normally I would never do nuts in ice cream, but this not only got away with it, but I thought this dessert was another belter.  The simple things when they are done like this don’t need much else!

A lovely meal and such good value as well.  This is confirmed in my book (having had an initial, lovely experience years ago) as a quality venue for food (and the place in general).  Not the last time I will dive in I am quite certain. 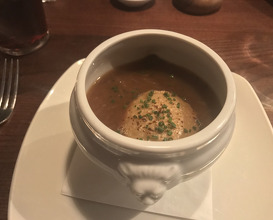 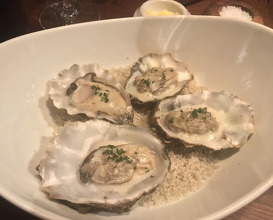 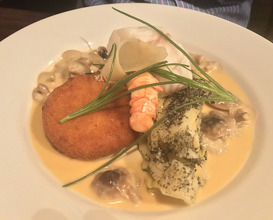 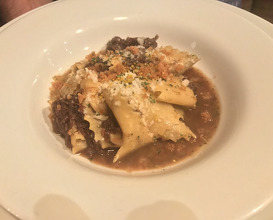 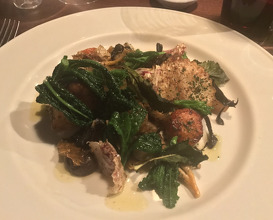 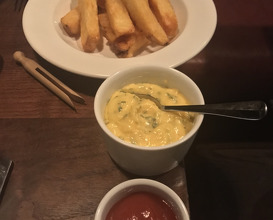 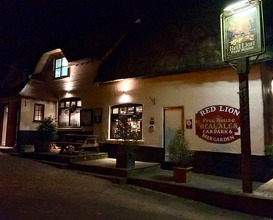 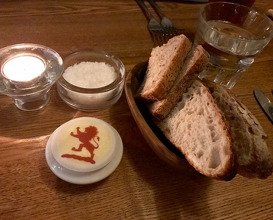 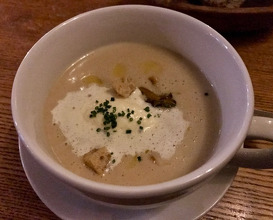 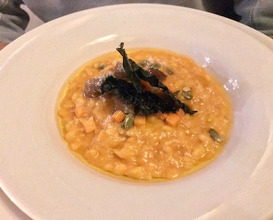 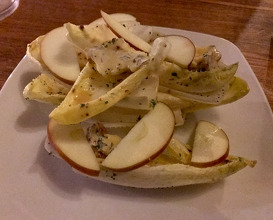 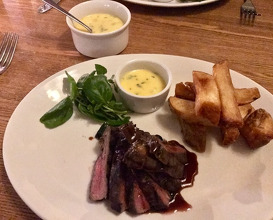 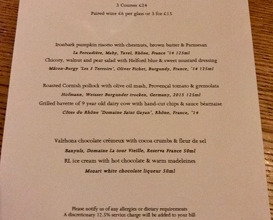 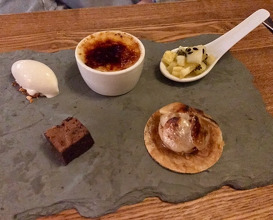 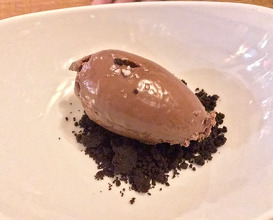 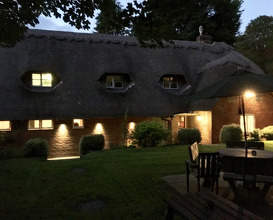 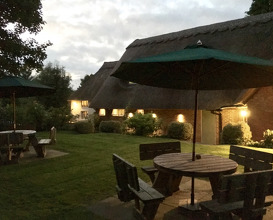 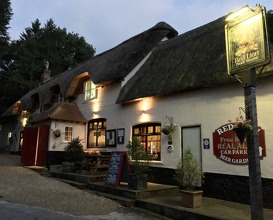 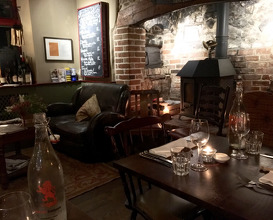 View from my table 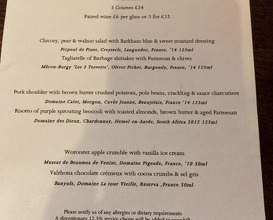 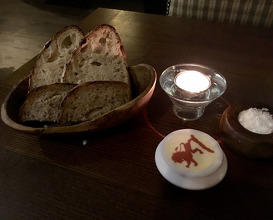 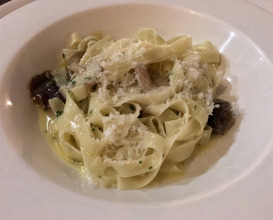 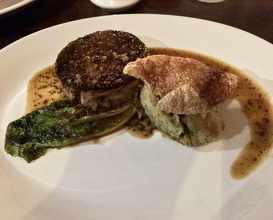 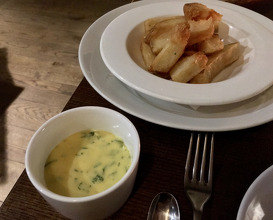 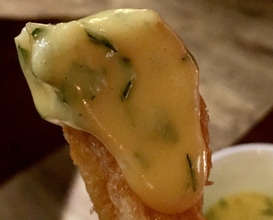 One of my versions of heaven 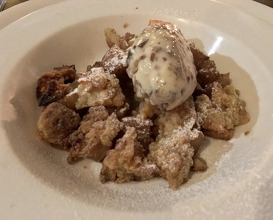 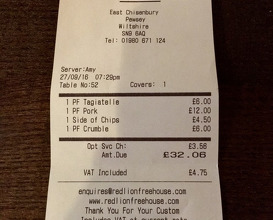