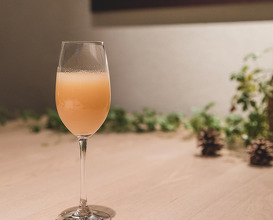 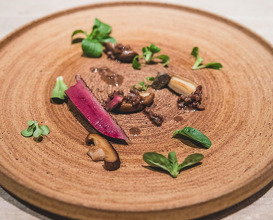 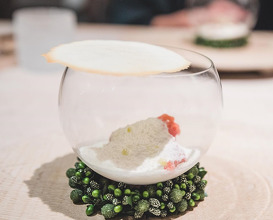 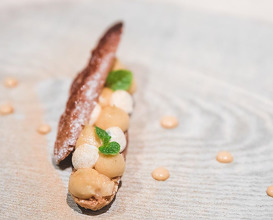 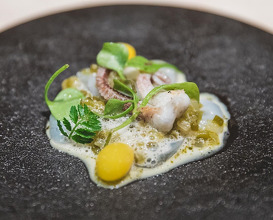 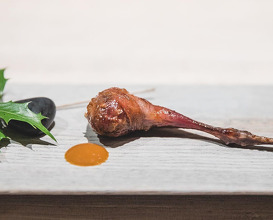 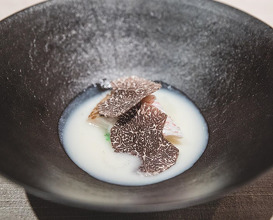 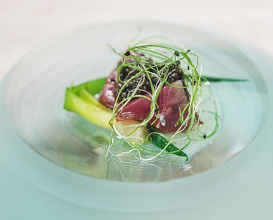 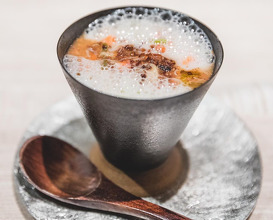 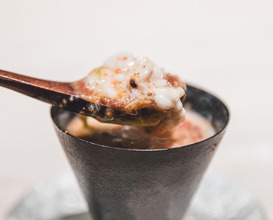 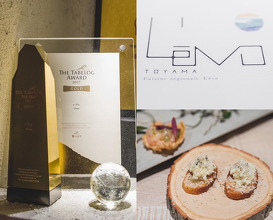 Dinner at L'evo (レヴォ), located inside of the River Retreat Garaku ryokan in Toyama. The meal showcases the best of Chef and Owner Eiji Taniguchi’s French nouvelle cuisine from his 20+ years of experience. It also happens to be one of the highest rated French-Japanese restaurants in all of Japan on Tabelog.
✧
Born into an Osaka family of chefs, by the age of 10, Eiji was already cooking in the family restaurant. After training in some of Osaka’s most famous restaurants, he also worked in France under 3 Star Michelin Chef Bernard Loisean.
✧
At L’evo, ingredients are selected for their seasonal availability, including Toyama's fatty winter yellowtail and red queen crabs. As a child, Chef Tanigushi felt he could not enjoy the food at traditional Japanese restaurants because there were “too many rules”, so at L’evo the traditional rigid adherence to the seasons is not followed. Rather, expressiveness rules, and surprise and amusement comes at every course.
_
L'evo, Toyama (Dec 2017)
#cityfoodsters_toyama
#cityfoodsters_levo
_
#ryokan #visitjapan #levo 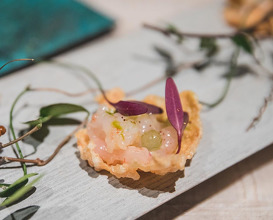 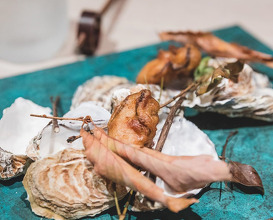 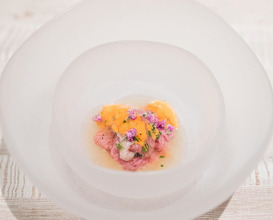 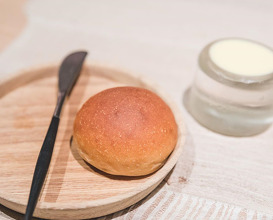