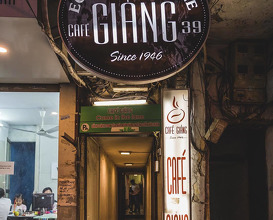 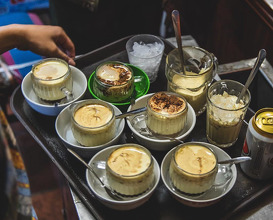 It all started with a milk shortage in the 1940s, which led to an enterprising bartender (Mr. Nguyen Giang) of the city's Sofitel Legend Metropole Hotel to come up with alternatives. Hence, cà phê trúng (Vietnamese egg coffee) was born in 1946 as the barman opened his own shop. Egg coffee is now served everywhere in Hanoi, but the original is found right here at Giang Cafe.
::::
The creation consists of chicken egg yolk, Vietnamese coffee powder, sweetened condensed milk, butter and cheese. The coffee is brewed in a small cup with a filter before the addition of a well-whisked mixture of the yolk and other ingredients. We tried both the hot and cold versions and egg beer. They're insanely delicious and addicting!
_
Cafe Giang, Hanoi (Dec 2017)
#cityfoodsters_hanoi
#cityfoodsters_cafegiang
_
#hanoi #visitvietnam #cafegiang 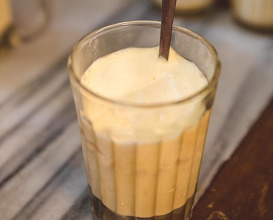 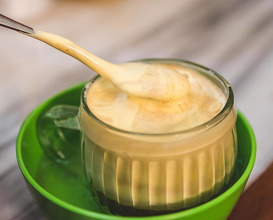