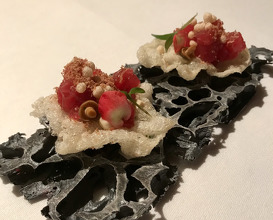 I have eaten at Juan Amador's restaurant in Hagen, Mannheim and now Vienna. In Hagen, he was in his molecular phase with lots of deconstructed dishes topped with all kinds of foam. Since then his cuisines became more and more classic. This meal, my fourth one, was surprising as there was not one course which was a throwback to his "Spanish" phase. On the other hand every dish is a "safe" one. The ingredients are classic, from John Dory to pigeon, the construction of the dish is classic, well calibrated and with one exception, the John Dory which was ever so slightly overcooked, perfectly executed. Where the operation falls down is with the desserts. Seven servings of pretty much useless to uneatable productions. Juan Amador needs to find a new pastry Chef, fast!

However, all of this could not have prevented the meal to go south and become somewhat of an unpleasant experience. There were various components which did this:
1) The dining room, locate in the former barrique cellar of the winery which houses the restaurant, became so hot during the meal that it almost became unbearable. Even the ladies started to sweat and those in the know brought their fans to get some relief.
2) The whole front office is not even close to be part of a 3 star operation. There is nobody in charge, the waiters do have very little knowledge of the dishes and some of them have a very bad attitude. When we arrived nobody asked us if we wanted something to drink. We had to ask for a glass of champagne after the first snack had arrived. Once the glass was finished we had to beg one waiter to serve us some wines as the main menu started.
3) They have a very good wine list of more than 1,000 positions, a very deep selection of Austrian and German wines. However, they seemed to only sell their wine pairings as all three (!) bottles we ordered had to be chilled down for us because they are stored at 15C. It took each bottle more than 15 minutes to get chilled only to arrive at our table at a barely drinkable temperature.

Normally I am very lenient with flaws like this, trying to seek benign explanations, explaining them with the occasional off-day etc. but here we have systemic problems with the operation which completely destroy the very solid cooking of the kitchen. What a pity! It is fixable but it needs to be done. So, just do it! 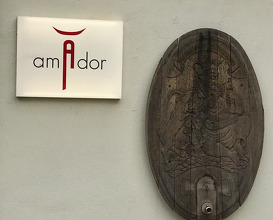 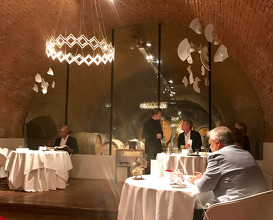 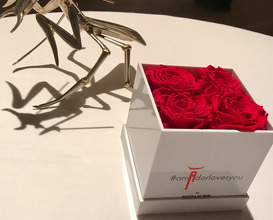 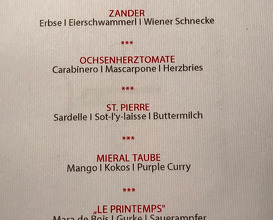 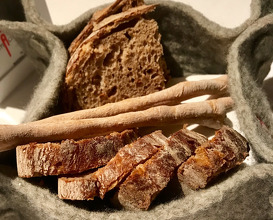 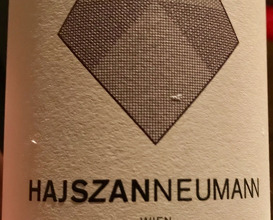 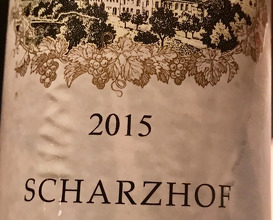 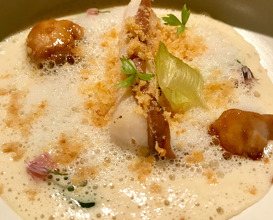 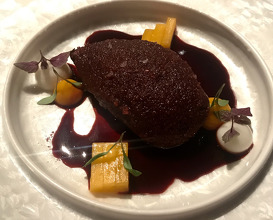 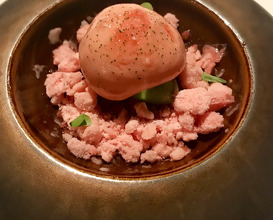 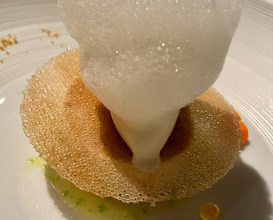 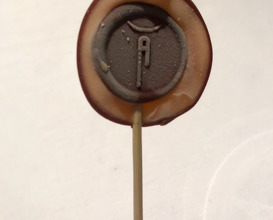