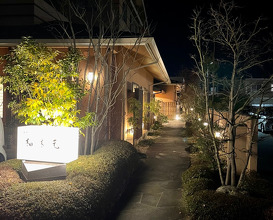 I have had a lot of very good meals in Japan, but rarely as interesting and at the same time delicious.
However, before I go further I need to tell a little story. In the summer I stayed in the 別荘 (weekend house) of a friend of mine in Karuizawa. Relying on the geo location of Tabelog I made a reservation in a highly rated restaurant apparently close to my own location. Shortly before the meal time I tried to find out how long it would take me to get there, only to find out it was like three hours away because even though it was close as the crow flies, it was a long way by car. So completely humbled I had to call to apologise that I will not be there in about 20 minutes. Graciously the Chef agreed to waive any cancellation charges if I come again. So, of course I had to, and not only did I not regret it, I loved it.
This restaurant is in Iida in the Nagano prefecture. The Highway Bus from Tokyo takes about 4 hours, the train about 6 hours, so I decided on a hybrid, Shinkansen to Nagoya and then a rented car to Iida. The restaurant is fairly large and caters to the locals at a very good price and has a high end option which is definitely worth a try.
As mentioned above, you can easily eat very well in Japan, but not every time it is also interesting. One of my favourite places serves 15 nigiris, always the same, for more than 20 years. I love it, but I know what is coming before I even sit down.
This pace is unusual and aggressive.
The first dish was a deer brain, deep fried with lotus. WOW. This is certainly a statement for a first dish. The sweet fat of the brain was perfectly balanced with the crunchiness of the lotus.
The Chef followed this up with a sesame tofu in boar soup with Shingiku and Kabu (turnip). Wonderful umami in the soup, the tofu crispy on the outside and soft inside. This was a short reprieve.
Next up, we got deer sashimi, but not cut waiver thin but one centimetre thick. Served with daikon and mountain vegetables. Soft, melting and incredibly tasty. They explained that they only use deer shot above 1000 metres (they are in the middle of the Southern Alps in Japan) those animals have less fat, but when grilled the iron comes out too much so they need to serve it raw, as one would!
To continue we had raw deer heart with quail egg. The heart had less crunchiness as you normally would get but combined with the quail egg became a total umami bomb.

Now if anyone bothers to go back to what I just wrote, where on earth do you get hit with these kinds of “challenging” dishes as early in a menu and being so satisfied with what you got. Unbelievable!

A Nagano prefecture soul food is Oyaki, a stuffed dumpling, this one was stuffed with wild boar. Hot, soaking and very savory. Another great dish.
The first meat course was a duck with a hamburger made out of the intestines of the duck and in a sauce distilled out of the bones of the duck. As always in Japan, for me it's a little on the well cooked side, but nevertheless very delicious.
To continue the theme from above, the next dish has the inner core of a wild boar tongue served with fried noodles made of a very rare mushroom (Kotake) and potato. I had a lot of tongues in my life but few were as good as this one.
As if we did not have enough right now, we move into another highlight. Wild boar belly in sweet and sour sauce. A little Chinese echo here, but the rendered fat of the wild boar is as tasty as the best pork belly you can get but somehow is much lighter to eat. The fat is not as prevalent and you love to eat it, even at the end of the menu.
Little did I know that there is more. After the short intermezzo of Yuzo flakes from the tree in front of the restaurant we move into the “main course”. The Kuma nabe. The white flesh of the kuma, again only from animals shot above 1000 metres, cooked in the same soup we had at the beginning made out of wild boar.
Wonderful melted fat, with Matsumoto negi to add acidity and texture, a great combination.
At this point only the traditional rice dish was coming. A garlic fried rice with Kuma fat. Another wonderful dish, comfort food, loads of umami.

At this point everybody had already succumbed to magic produced by the kitchen.

What a wonderful meal, not only was every dish really good, but one has to admire the guts of the Chef to hit you with brain, raw deer and raw deer heart in rapid succession and one sits there and loves it. What audacity?

Well, I said my piece, nothing more left to add.
I’ll be back (to quote a famous country man). 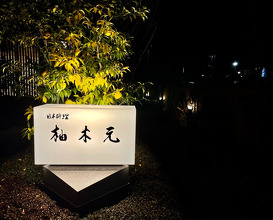 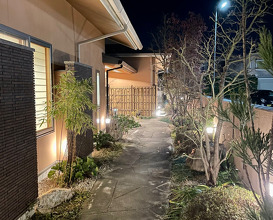 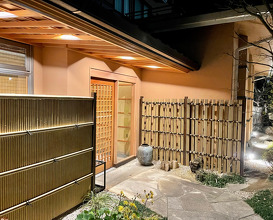 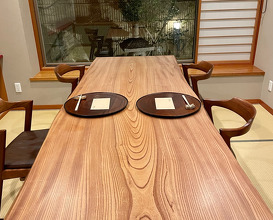 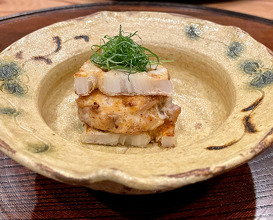 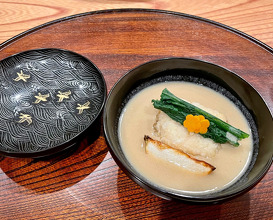 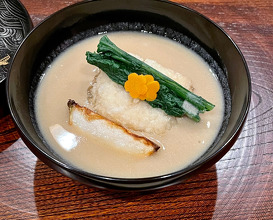 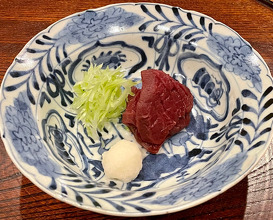 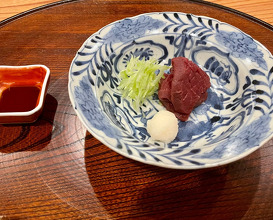 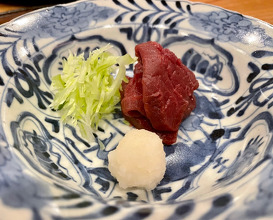 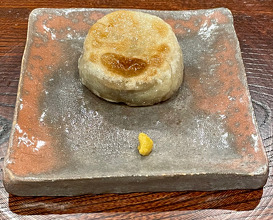 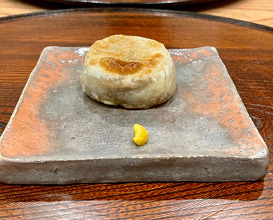 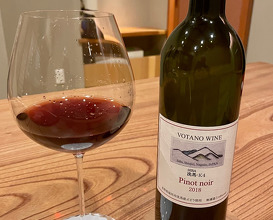 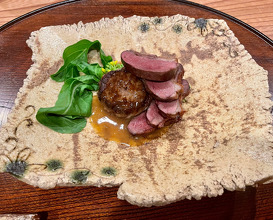 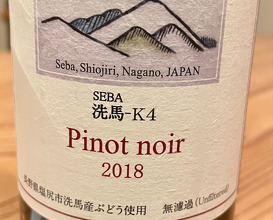 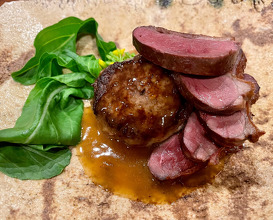 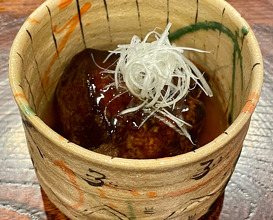 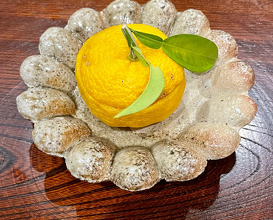 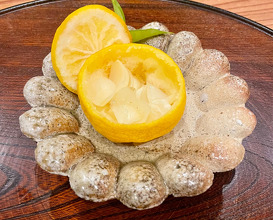 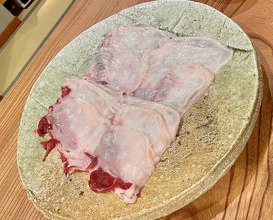 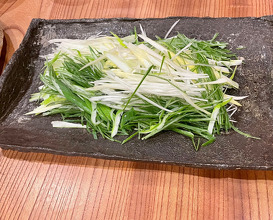 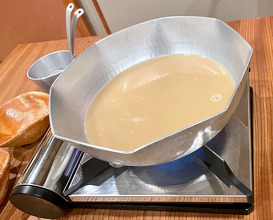 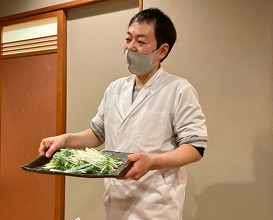 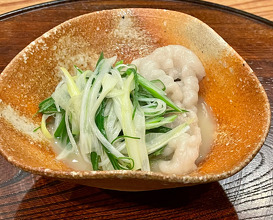 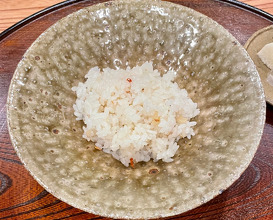 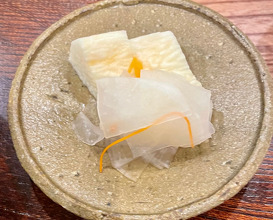 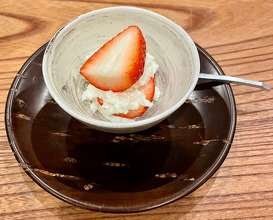