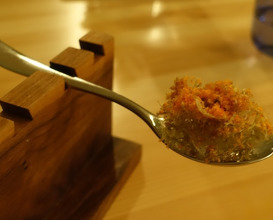 Meal at Sosban & The Old Butchers

A very small restaurant in North Wales run by a husband and wife team only, this was a lovely place to visit as I felt immediately in very caring hands.  Sosban got its got its Michelin star in 2016 and is now booked up for the rest of 2017 according to their Twitter feed, meaning fingers crossed of cancellations for the rest of 2017 should you wish to visit(!).  Bethan on the front of house provided a very calm and warm hospitality and I especially was taken at how good the team were together, overhearing Bethan quietly thanking her husband each time the dishes were ready.  Moreover, there were hardly any moments of the food that I didn’t enjoy.  It was a consistent show here and if you are lucky enough to get a table here, my advice would be to savour the experience.

A spoon holding moss with bacon and egg started the meal.  This was a   crunchy, ball of light bacon flavour with slight richness from the egg and was a very good start.  Braised lamb cheek coated in breadcrumbs and lava mayonnaise was next and showed perfectly succulent lamb.  The crackling was quite tough but all in all there was enough moisture from the lamb and the lava mayonnaise to deal with this and was ultimately very good.

A spoon holding moss with bacon and egg started the meal.  This was a   crunchy, ball of light bacon flavour with slight richness from the egg and was a very good start.  Braised lamb cheek coated in breadcrumbs and lava mayonnaise was next and showed perfectly succulent lamb.  The crackling was quite tough but all in all there was enough moisture from the lamb and the lava mayonnaise to deal with this and was ultimately very good.

Salted leek, mushroom and toasted cereal came next awhich held utterly creamy mushroom and the toasted cereal gave a really warm, nuttiness – I couldn’t taste the leaks but they added a good texture, being so well done, and basically this was a definite good moment.  Then came kale with parmesan, caesar dressing and chicken skin bits – this was never in danger owing to the guarantee of the flavours but importantly, this was pulled off superbly and was utterly melt in the mouth umami sensations.  A brilliantly recommended Portuguese red called Smart Dog was enjoyed and was a superb addition to the savoury openers.

The soda bread arrived warmed and although soda is not my favourite bread, it  had a very good crunch it with some very good butter which was whipped and beautifully spreadable.  Next came risotto that was made with no rice as was derived from celeriac.  This was beautifully creamy with enough diced pieces within to give the impression of a risotto with elements of Brantley Apple and droplets of coffee on top. There was an unusual kick from the coffee but strangely worked to break up the onslaught of fatty luxury from the celeriac.

The duck breast, duck and parsnip crumbs, yoghurt, charlotte leaves and liquorice sponge was warm, comforting and with sweet tingles in the mix as well.  This was an interesting mix, great when all in and needed the parsnip as it was otherwise in danger of lacking in moisture.  I found myself running out of gravy quickly here as the duck was definitely a little dry and needed perhaps more.

And then the mother loads of interludes: cod skin with banana purée, frosted okra leaves (like spinach) & nut shavings; this wasa a superb combination and gorgeous gooey crunch.  The cod on a base of yeast and cauliflower had superb potato puffs and Ox heart shavings on top.  The cod itself was unbelievably soft and juicy, with lovely salt from the Ox shavings & sweet from onions rings.  The puffs added a wonderful textural crunch and the key thing here was that the cod was the star of the show.

The first dessert had puffed rice, almonds on base, rhubarb (from Yorkshire) and a sugar ball with gold powder and custard inside.  I mean this was really, clucking good!  It was also slightly savoury and bitter at the same time but overall the soothing sweet cream was playful and decadent – a great dish.  The second dessert of lemon ice cream with dark chocolate and olive was superb.  It was the perfect marriage of sweet, sharp and element of salt within the creaminess of the lemon balanced exteremely well.

I wasn’t sure about the salted caramel with gruyere cheese as a petit four and the initial ‘hit’ was strange but actually it was not as offensive as the title sugests and turned out to be a gentle offering.  The most difficult thing to get to grips however was the piece itself as it was practically glued to the plate, but the taste itself was well done.

I walked away from Sosban with some lasting impressions: the wonderfully personalised service and exceptionally courteous and warm front of house by Bethan Stevens; a winning amount of simplicity and as a two-person restaurant services have to be split in to two sessions, one at 19:15 and the next at 20:15 so don’t be late! Diners should expect to have no choice on the menu as it is the one tasting menu being done but when it done to this degree, you won’t have much to worry about (inform of allergies / intolerances prior to coming).

I loved the Japanese charcoal as a natural neutraliser in the water (don’t try this with normal charcoal as this kind comes from a specific Japanese wood that is treated and made using super-high temperatures) and the feel of the restaurant was modern but without being over the top.  There was such simple control of the food being served up here and the overall effect it had on myself was that it was utterly effective and enjoyable at the same time.  If you can get in, it will be a worthy investment of time.

Moss with bacon and egg 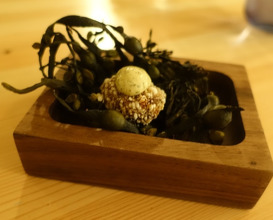 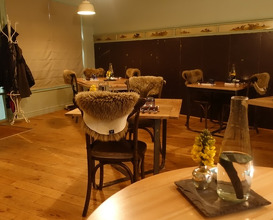 Japanese coal as a nutraliser for the tap water 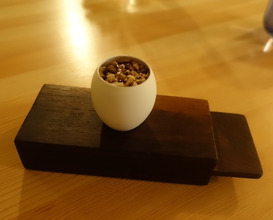 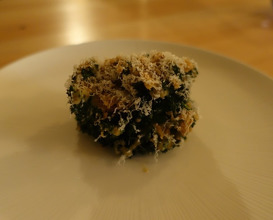 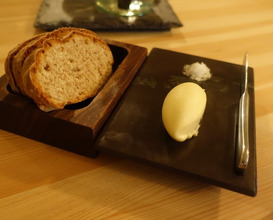 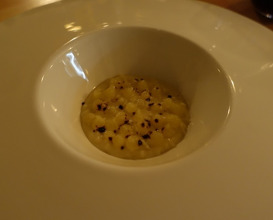 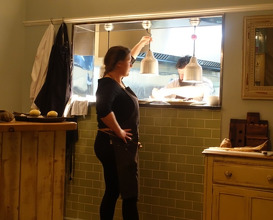 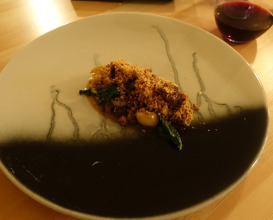 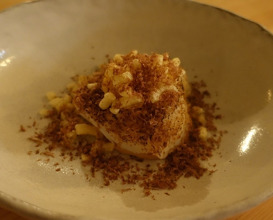 Cod on base or yeast and cauliflower, potato puffs and Ox heart shavings 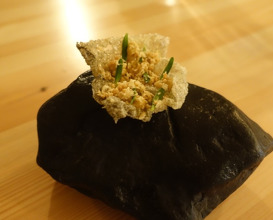 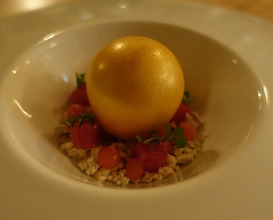 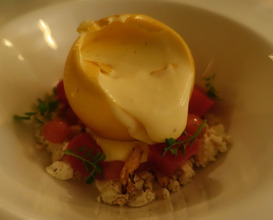 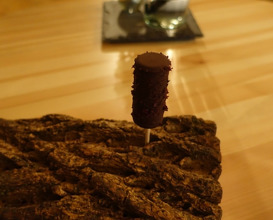 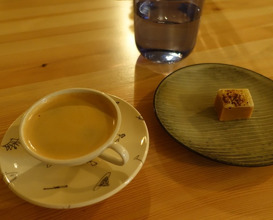 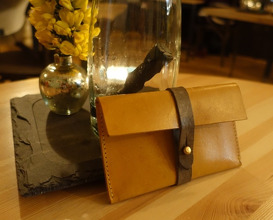 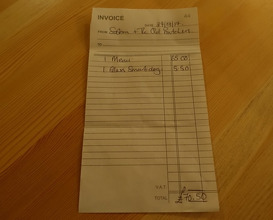