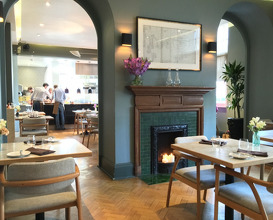 At last, finally I get round to seeing what has become of the old Viajante by Nuno Mendes as I’ve been meaning to trial for some time. I’m glad to see there hasn’t been too much change as it really doesn’t need much with its elegantly designed interior exposing the open kitchen for the final pass and fire places that keep the feel of a living room. A few little changes of the tables which come across as slightly more café-esque with their marble tops and a decent, lengthy sofa seating plan at the rear.  Really pleasantly surprised with the food and worth another visit for sure when next possible.

Having grabbed the last table available for lunch on Saturday at midday I noticed that the other tables weren’t taken until well in to the hour and beyond.  So, assuming all diners were not runnig late and this was a deliberate plannning move by the restaurant (to space out bookings), this was a bold move to do this and not allow the service to be degraded which resulted in us being well looked after.

Having grabbed the last table available for lunch on Saturday at midday I noticed that the other tables weren’t taken until well in to the hour and beyond.  So, assuming all diners were not runnig late and this was a deliberate plannning move by the restaurant (to space out bookings), this was a bold move to do this and not allow the service to be degraded which resulted in us being well looked after.

So first up were the snacks at the beginning and as I don’t come very often, all three had to be done.  I thought these were genuinely very good – the technical skill was obvious and the cod skin was delicate and light with lovely additions on top, the cylindrical onion bhaji with yoghurt chutney being pleasant and the pig’s head with smoked apple puree was superb.  I honestly thought the snack price on the menu was confusing as it looks as though the selection of snacks are £6 each which initially I thought was pretty steep, however I can confirm they are £2 each which is a lot different and exceedingly worth it.  As a result, I would come back in a heartbeat just for those, as they were undeniably good.

The home made sour dough I thought was possibly the star of the whole meal – fresh from the oven, utterly light and fluffy on the inside and just the right crunchy chewiness to break off on the outside.  I really thought this was excellent and obvious care had gone in to this.  It was served with marmite butter with barley crisps on the top which I think is a courageous move as marmite is not to everyone’s (and my) taste. However it was toned down enough to be doable and was more like a whip than a butter so the texture was great to have.  The staff did bring some normal butter (also very malleable) but I was slightly surprised at the lack of saltiness in this.  It’s difficult not to be a little down beat about this when one compares to the smoked butter of Little Social and the beurre noisette butter of Paris House and caramel butter how Marcus Wareing used to do, however this did not stop the bread being utterly superb.

It would seem the restaurant does not do an a la carte and sticks to set menus (£24 for 2 courses or £29 for 3 courses at time of writing) and there are a couple of supplements on the 5 course (£60) which will obviously bump the lunch price up.  So we went for the reasonably done 2-3 set course menu which I thought was actually rather good.

The portion sizes came across a little small, however the mackerel with kohlrabi had a clever iced component and had a satisfying ‘kick’ of spice. The squash and crud with lardo was beautifully done and tasted extremely good. The pork main was also good but not as strong.  Obvious craft had gone in to it and it succulence with very nicely prepared fermented cabbage made this enjoyable though.  I am nip-picking now, but if I could wave a magic wand I would have thought there would be more crispiness on the crackling akin to Rogans at Cartmell to elevate it to godlike status as some of it was left a little too rubbery.  However, a very nice dish though.

The pumpkin brûlée was original and luxurious with a lovely crisp on top. The cheese from the UK and France (all pleasant) as some superb rye crisp and raisin bread with it, which was very nicely done with accompanying spiced pear chutney.  Post meal hot drinks were taken in the bar area which is also slightly tweaked from Viajante and to the right as you walk in and is still a good holding area.

My summary is that this I could see real care that had gone in to this meal and until someone proves me wrong, this is undoubtedly the flag ship restaurant in Bethnal Green and surrounding areas.  I thought the bread was outstanding and although portion sizes and previous aspects mentioned were the only real issues for me, technically I thought this is comfortably akin to numerous 1 Michelin starred venues in London (all of which I have sampled to base that on).  It was impressive in this way and I loved the attention to detail with some very good moments (all breads, pig’s head nibble and lardon starter).   The service was genuine and I got the sense of a happy team that works here.

All in all, a job well done and a pleasure to go to.  Rather odd I haven’t pulled my unit to get here sooner when it’s only 12 mins away from digs on the river and I think it is suitable for a slightly more notable outing whilst being casual.  I also wouldn’t be surprised if the Michelin inspectors are keeping an eye on this one.  A definite repeat needed and I look forward to another visit and doing the full blown tasting menu next time when we can next do. 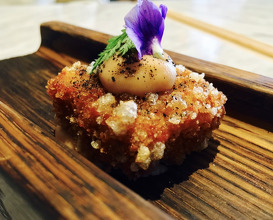 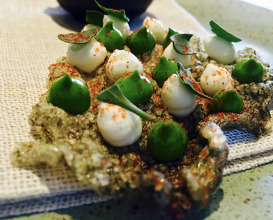 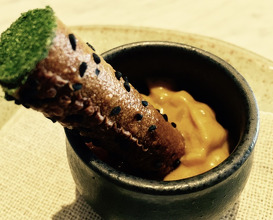 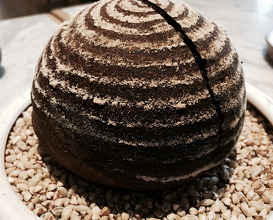 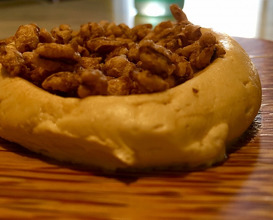 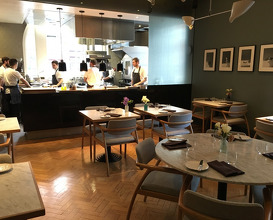 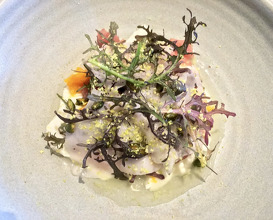 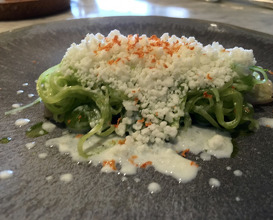 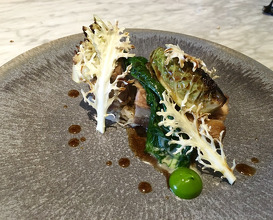 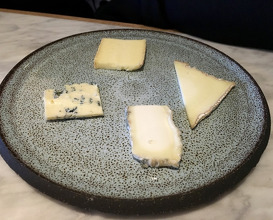 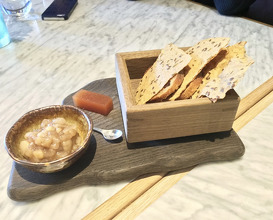 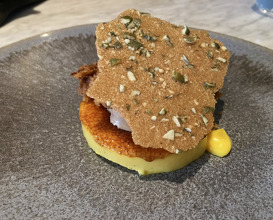 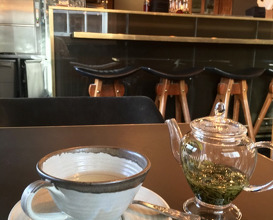 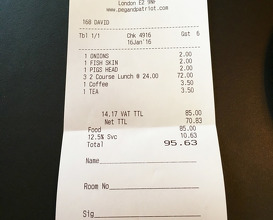