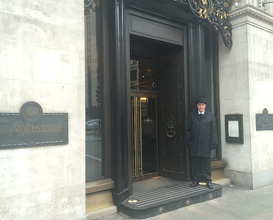 Meal at The Wolseley

It was great to finally come in to The Wolseley and see for myself what a lovely place it is.  It’s high vaulted ceiling and open plan with classic uniformed waiting staff and all day dining combine to produce a happy and bubbling atmosphere, which makes it an entirely safe bet option for virtually any scenario.

Not exactly a calorie-free selection that I went for, in my choices of quails eggs on mushroom and flaky pastry with hollondaise sauce, eggs benedict (small size), welsh rarebit and a Portugese custard tart, however it was treat day and I can confirm that they were certainly done in a pleasing way.  The welsh rarebit toast was a little too hard and tough for my liking and the muffin for the eggs benedict was quite large, but on the plus side all eggs were perfectly runny and I liked the addition of paprika on the hollondaise sauce which gave just hint of a kick to make a little more interesting.

So that was all fine and I liked the consistency of the custard within the tart.  But, surprising aspects which are worth a mention, were the fact that it took just under 15 minutes for the dessert to arrive (after a slow delivery of the savouries) and the fact that there was an unexpected addition of a cover charge of £2.  Not the end of the world, but as I wasn’t sure what this was for I asked.  It has taken quite a bit of digging,  which has been a surprise, but the answer has finally come back, post dining and instead of me attempting to translate, it is probably safer for me to attach as verbatim from The Wolseley:

Our cover charge policy is designed to create two tiers of marginally different dining pricing, without the need for two menus, so that we can make the restaurant as accessible as possible.  The idea is that if someone does come in of a morning or afternoon to eat and just has, for example, a main course then it will be cheaper for them to eat off a more casual unclothed table with place mat than if they were sitting for lunch or dinner at a clothed, full service table. It means that the off-peak diners or ‘snackers’ get a cheaper deal, as do people who drop in without a reservation and are seated in the Bar or in the Salon to the left of the reception desk.”

So there you go, that’s the rationale for the £2 cover charge which is on the menu and which, I had initially missed seeing.  My own take on this however, is having things such as table cloths and full service are frankly things I would expect to have in a restaurant anyway and I would not normally see it as a bonus to not be charged this extra amount.  That’s my own opinion, and I will simply let you to make up your own mind on this one…

That aside, it was a lovely lunch and I was very well looked after throughout and it is clear to me that The Wolseley is one of those established instituitions that you can depend on being what it is and reliably always there, with good food served in a very comfortable and alluring setting. 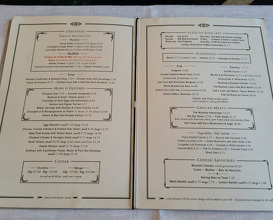 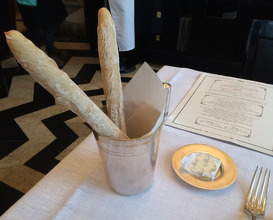 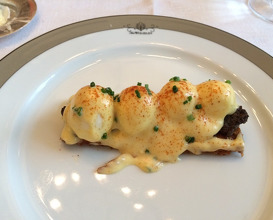 Quail eggs on mushroom with hollandaise 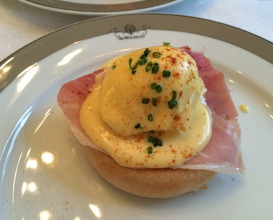 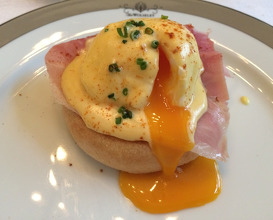 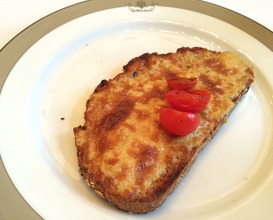 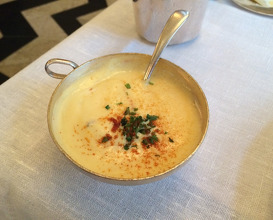 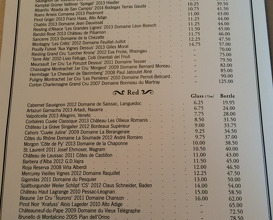 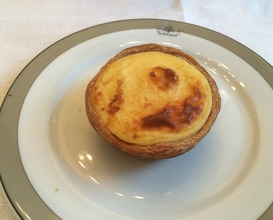 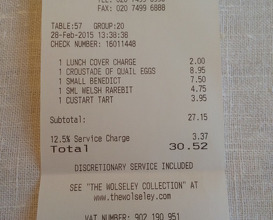