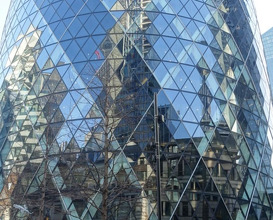 Meal at Helix at The Gherkin

At last we see! After many years of being one of the only London restaurants to be accessible if you worked at the Gherkin, the building has now opened the doors of its restaurant to the public as of July 2018. Full details of the lunch are contained below at the expansion button as usual, but up front, the view and setting are indeed alluring.  In terms of the food, among a la carte and tasting menus, it offers a set lunch at £39 for 2 courses (including one drink) and £45 for three courses (including one drink) which I find reasonable bearing in mind the included drink, the obvious overheads and the mutually reasonable return on the plate (there are Michelin starred restaurants in London that offer 3 courses of a set menu for less, averaging £30 but these are usually not with a drink and not overlooking the city). Staff are accommodating and I was pleasantly surprised by the down to earth approach of the hospitality which, for this type of setting was refreshing to have.

Menu choices vary from the cheaper end of the spectrum outlined above, to an a la carte with 3 courses setting you back to an average of £57 and the 6-course tasting menu costing £75 which can easily be breached on the more expensive a la carte options, so as long as you are not allergic to tasting menus and have some time on your hands, this is worthy of consideration.  One of the first impressions I had on the a la carte was relief to see not too many options, page after page or absolutely crammed on to one page as very often this can mean the kitchen is over stretching itself and can’t deliver as well it can when focussing on the few.

Menu choices vary from the cheaper end of the spectrum outlined above, to an a la carte with 3 courses setting you back to an average of £57 and the 6-course tasting menu costing £75 which can easily be breached on the more expensive a la carte options, so as long as you are not allergic to tasting menus and have some time on your hands, this is worthy of consideration.  One of the first impressions I had on the a la carte was relief to see not too many options, page after page or absolutely crammed on to one page as very often this can mean the kitchen is over stretching itself and can’t deliver as well it can when focussing on the few.

The restaurant itself has an interesting décor – a lack of any formal table cloths and with chairs that seemed not too out of place for a very high-end futuristic canteen, but I do see that the thinness of the chairs allows more light to come in and helps to declutter viewable space, especially for the view.   A champagne trolley was on hand to start the proceedings and the bread was from Paul Rhodes bakery in Greenwich.

My dining companion and myself opted for exactly what took our fancy at the time on the a la carte which kicked off with salmon and beetroot starters.  The salmon, fromRoyal Warrant holding John Ross Jr based in Aberdeenshire, was sherry smoked and held a very pleasant sweet smoky flavour as a result. To compliment, the classic addition of acidity from the pickled cucumber to assist the oil content of the salmon and cream from the horseradish was added.  This all worked well, albeit not needing all of the cream.  The beetroot was baked and held a good texture and whilst I have had beetroots at other locations having more flavour (such as The Whitebrookand Midsummer House), this was a simple and light combination with its accompanying goats cheese and good caper dressing – a minimalist but adequate dish.

For the mains, venison and sea bass were chosen. The Rhug Estate venison came with a large slice of carrot and cep (mushroom), brambles and a bramble jus. The venison loin was succulent and well-cooked and the combinations fine; the only gripe of this dish being the large brambles being a little intrusive for the other elements.  A warming dish for the winter.  The seabass came from a 1.3kg fish which is actually a relatively small/standard specimen to the £36 tag and portion size on the plate.  Thankfully this seabass was cooked perfectly and the lovely jus loaded with cooked Morecombe bay brown shrimps within the stock and served and on top of the fish.  A relatively short affair for a main, but enjoyable none the less and the triple cooked chips on the side proved to be useful, especially with the addition of a freshly made sauce béarnaise to dip them in to which the kitchen kindly obliged.

The classic rum baba had to be done as one of the desserts and the lemon tart was another obvious choice (tarts are a staple for the quality of any pastry section of a restaurant).  The rum baba had a pleasing level of cognac and rum inside the sponge (not too overpowering) although was a touch dry as one observation (see Alain Ducasse at The Dorchesterfor a classic version, although bear in mind this is a 3 Michelin starred version).  The lemon tart held itself up well with its raspberry ripple ice cream and with a sound pastry base.  Coffees came from the brand Lavazza.

Overall these were satisfying dishes and whilst they were perhaps visually straight forward, there were some definitely enjoyable aspects.  There is good restraint from the kitchen in not trying to overcomplicate each dish and whilst some parts were more successful than others, there was certainly no offense caused in the food.  As usual, the overall score is based purely on the food alone.  One cannot deny however, that the view and setting here is absolutely stunning.  There is far more light in general than say City Socialor even Galvin at Windowswith the huge panels of glass and high ceiling (every single sheet of glass on the building is actually straight except for Iris right at the very top which is curved) and it is definitely worth a trip in general.  You’ll need to book in order to gain entry to the building and you’ll need photo ID at the front desk as it is airport-security to get anywhere for your booking so you know (which I am actually a fan of as additional security is only a positive).

One thing I did take away as a miscellaneous was a superb offer currently being done – a four course brunch with Dom Perignon and caviar for £110 per person on Sundays only.  Although this is a not a usual price tag for brunch, Dom Perignon 2009 averages at £60 a glass at venues that actually do it by the glass, the caviar will be at least £20 on top of that and a four-course brunch on top of that for the view is actually a bargain to me.  Having a glass of DP with caviar at the Iris bar followed by a four-course brunch in Helix for something different is a superb present idea.  I do not know when this offer extends to but, I will happily jump on board with that if it continues in 2019. 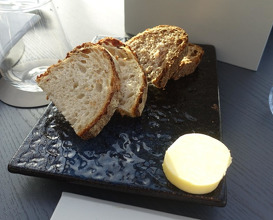 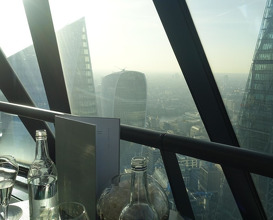 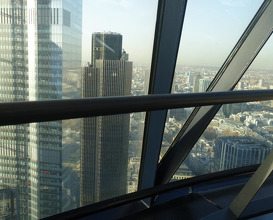 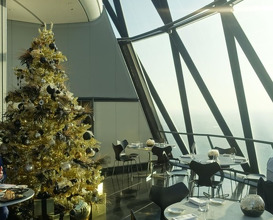 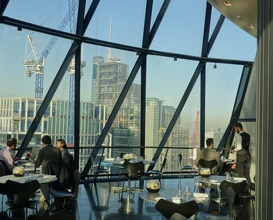 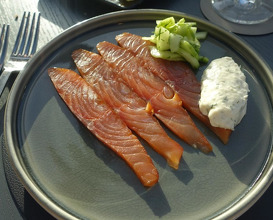 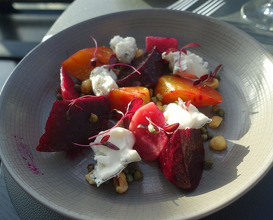 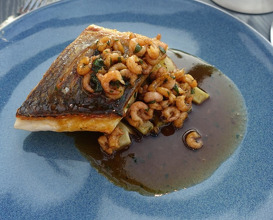 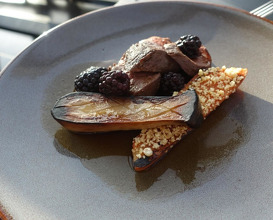 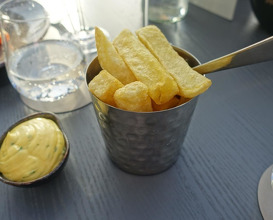 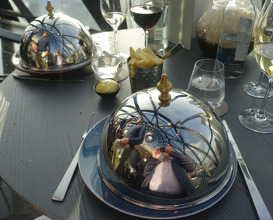 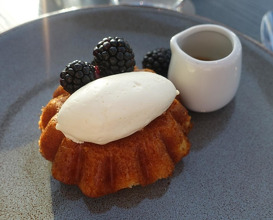 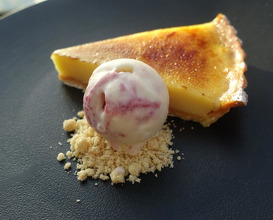 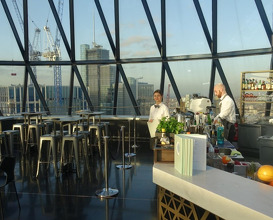 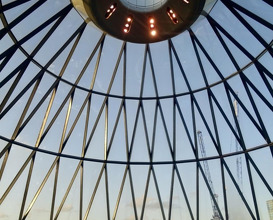 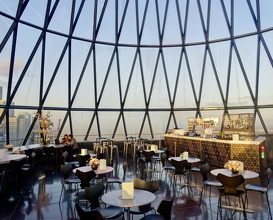 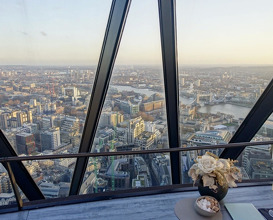 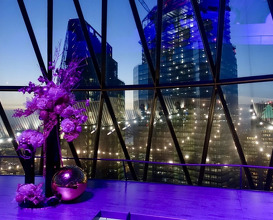 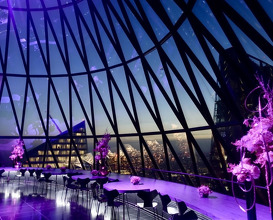 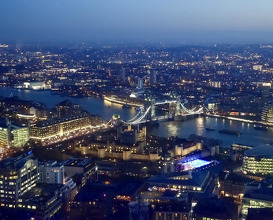