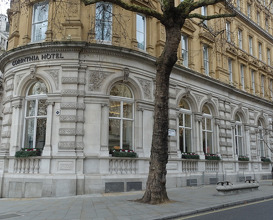 Meal at Kerridge’s Bar and Grill

This is Tom Kerridge’s first venture into London outside of Marlow where he is well known for running and owning the first pub in the UK to hold 2 Michelin stars at The Hand and Flowers where I have been several times.  Hats off to the vibrant and well-designed room combined with good service and some very satisfying dishes.  The meal generally simmered just beneath true Michelin starred level for me with some dishes not delivering as much as they could but also being nicely designed.  The main point on the food is sadly how expensive it is for what you are getting, leading me to conclude it is mainly designed for wealthy visitors to London who will not bat an eyelid for a fish and chips dish costing £36.50 which seems to be cashing in on the name a little too much.  However, some very nice things – just a shame it is generally overpriced.

The meal started with an absolute Don Giovanni entrance with cheese and onion tartlet canapes at the table – these not only had a wonderfully light and creamy texture for the mousse but were also served on delectably thin tartlets.

The meal started with an absolute Don Giovanni entrance with cheese and onion tartlet canapes at the table – these not only had a wonderfully light and creamy texture for the mousse but were also served on delectably thin tartlets.

On the starters, the coronation chicken terrine with mango, toasted sourdough and celery mayonnaise was ok but sadly had almost no coronation flavour and this was a huge disappointment for a coronation chicken fan such as myself.  The salmon came with an apple pancake, Douglas Fir and avruga caviar which was reportedly fine (the Loch Duart salmon being reasonable) and the pastry for the crab vol au vent was very well done with sound supporting aspects of green apple, crab bisque and avocado puree.

Liver parfait is quite a staple of Kerridge who serves this in a lovely, large quenelle at all of his establishments.  This duck liver parfait came with apple and rose chutney, honey cider jelly and toasted brioche.  The liver parfait was, but the only shame was the layer of honey cider which did not have much of its cider and honey components coming through and therefore came across like a thick piece of transparent gelatine and more for the visual effect than the taste.  When the flavour is low in any gelatine it almost comes across as a rubbery texture that does not add much.

On the mains, Venison from Ramsbury Estate came with a chilli kick, ‘Hand and Flowers’ carrot (which is another staple of Tom Kerridge – whole carrot cooked in a vat of butter and water reduction with star anise) was nicely done and had good flavour whilst being nice and tender and calmed with the corriander emulsion.  The deep fried halibut came with very light batter and was indeed a very good bit of fish and served with an array of sauces including tartare, pease pudding and matson (an almost curry like dip akin to chips with curry sauce reminding me of University days in Staffordshire and the North of England).  The problem here is that it is not sacred 100kg tuna or rare sturgeon but a medium sized piece of halibut with a good batter mix that is deep fried and I’m simply put off by such a sky-rocketed £36.50 price tag.

I did not try the pig’s cheek pie but this was presented in a fun way and the beef rib with bone marrow sauce and gherkin ketchup set the meal back to rights.  A very good beef flavour with an equally deep sauce decorating the top of the portion served with customarily good chips.  Sides were satisfying including a decent garlic roasted hispi cabbage.

Desserts were attractive to the eye and satisfying.  The mandarin souffle was well done all the way through and worked well with the chocolate sorbet; the hazelnut profiterole was pleasing albeit with quite hard pastry and the winner possibly being the apple tart with superb apple flavours running throughout.

The bill came to £774 for four but this is with an opening bottle of Furleigh Estate sparking wine (wonderful English sparkling wine) and wines throughout including two bottles of particularly good dessert wine  (Vin de Constance, Klein Constantia 2014), so if you toned this down, you could obviously have a cheaper lunch.  The conclusion is that this was a great place, but if every dish was at the top of its game, there wouldn’t have been an afterthought of feeling shortchanged for some elements of the food.  Thankfully for this occasion, when you are in the finest company there is at the table, all that fizzles away and it was a great setting to have lunch. 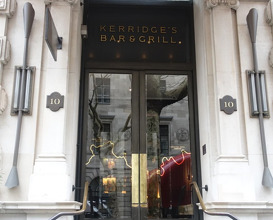 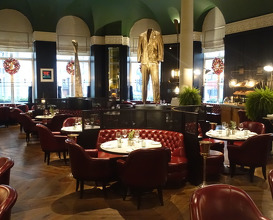 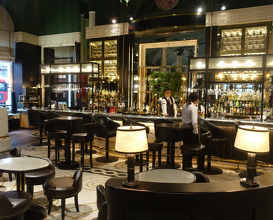 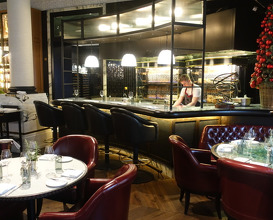 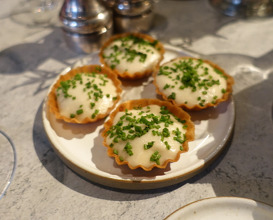 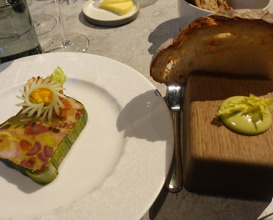 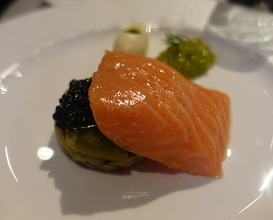 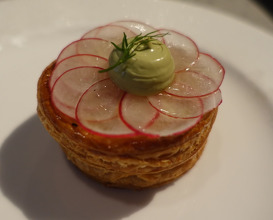 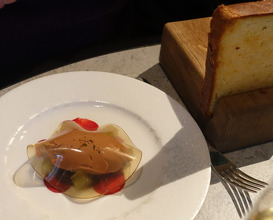 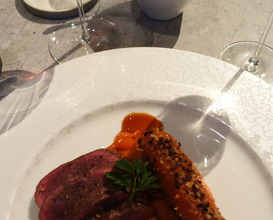 Venison with chilli side 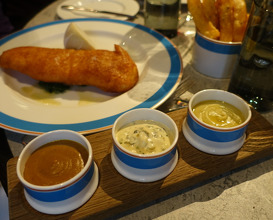 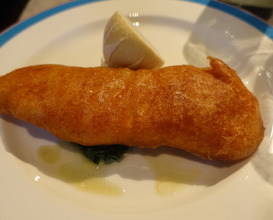 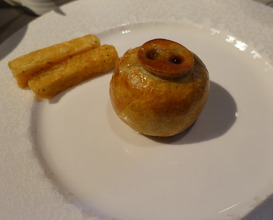 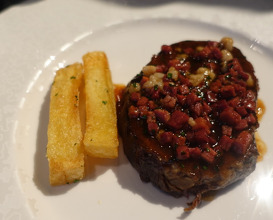 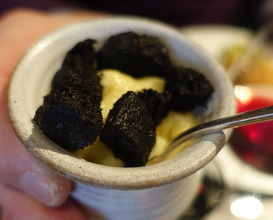 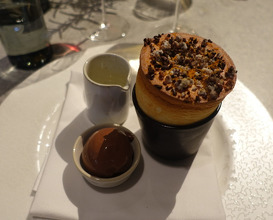 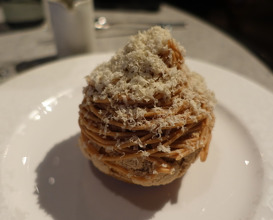 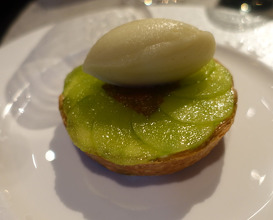 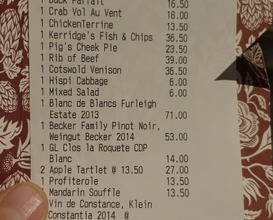 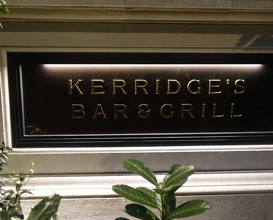