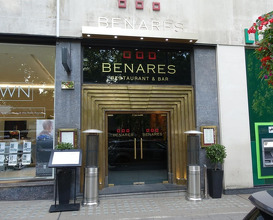 A return visit to this very Mayfair establishment.  The service was superb throughout and the early evening menu of three courses for £35 (served between 1730-1830) is a more expensive option for Michelin starred set menus, but still very good value to have in the evening.  Generally the food is spicier than average and the dishes well done.  Although this set menu was lower in the overall stakes of set menus there were some good moments including the mini popadoms with three chutneys, the prawn main and the staff were very accommodating to bring some raita to the table to cool down when they noticed the heat from the dishes being felt a bit.  Very slick, upmarket Indian restaurant in general and the bar snack menu looks even more appealing (see at the expansion button).

The mini popadoms appeared roasted as they were harder than the norm and the chutneys were a good spread: tomato, apricot and gooseberry (the latter being the best).  The amuse bouche sweet corn and onion fritter on bed of sweet yoghurt was pleasant but the sweet yoghurt was not sweet, more a minimum of medium spiced.  This was only ok, as it came across as basically fried batter with crunchy vegetable pieces with very scant flavour.

The bhatti spiced lamb pasanda, stewed ginger plums with star anise was hotter than normal for a pasanda.  This was medium as opposed to mild but it was a lovely touch of the management to provide separate raita with cucumber to cool down with.  The plums gave a pleasant sweet dimension to the spices and the lamb was only just detectable through the surrounding spices.  Personally, I would have preferred more of the sauce on the lamb.

The Goan prawn caldine curry with pickled vegetable slaw was a lovely curry.  The prawns were coated with ground spices including coconut and green chilli and this was absolutely great.  The basmanti rice was light and fluffy and the pickled slaw gave a good edge to lift the other components.  The yellow lentils were a little watery in finish and although a clean flavour, it was one I only got so much pleasure from.  However, the curry itself was extremely good.

Slightly disappointing was the chai (Masala) tea which had strong aromas and kick from the cardamom, cinnamon and ginger but within a watery base.  This may be personal preference, but the milkier versions served at the Dishooms and especially Darbaar I would say are infinitely better.

All in all this was a relatively good package, but the return for the buck was a little bit lacking on this occasion.  The 5 course sharing of bar snack courses with a free cocktail in the bar for £30 may have been the better option.  Again, it was very good of the team to box up additional petit fours for the ones not had in order to share with others later.  The hospitality here was wonderful and I believe bar snack menu will be my next target for Benares. 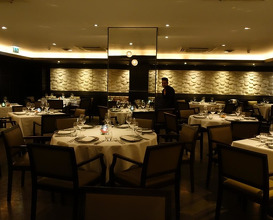 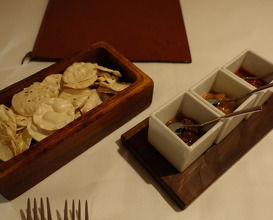 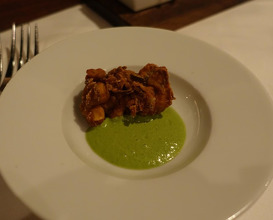 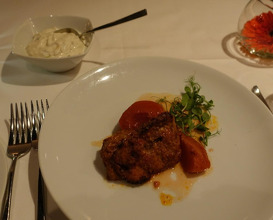 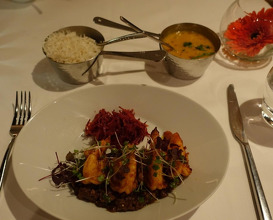 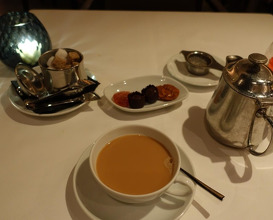 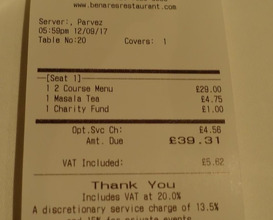 The dinner bill for 1 (no drinks) 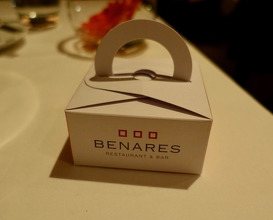 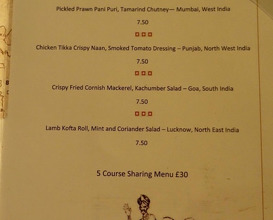 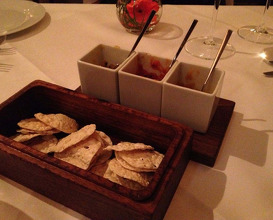 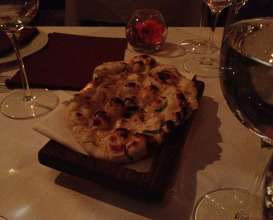 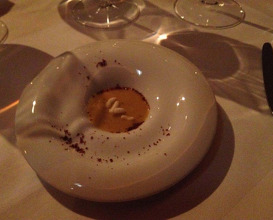 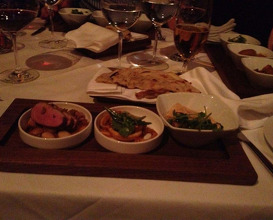 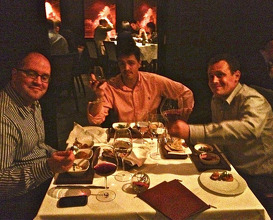 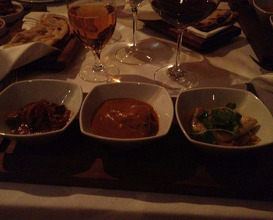 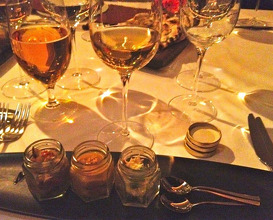 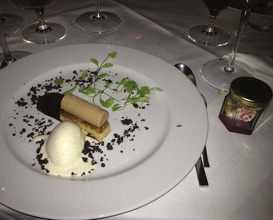 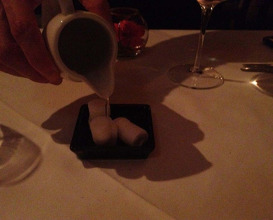 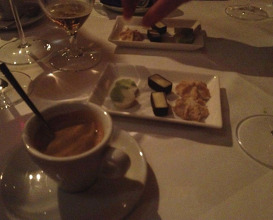