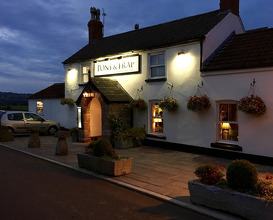 Meal at The Pony & Trap

This was a lovely place to visit.  The sad thing for me was that it was dark by the time I got there on passing Bristol back to the middle shires of Southern England, so I missed the Pony & Trap’s views from their back garden, but as a headline, this didn’t stop enjoying the warm glow of hospitality and fine treats inside.

Josh Eggleton (who is on his third appearance on a wonderful annual programme I enjoy, The Great British Menu) and his sister Holly run the pub and the stand out things for me on my visit was how accommodating the service was, numerous herbs and vegetables used are grown in the owner’s garden and the fact that the snacks on the menu were so reasonable and enticing.

I was actually torn between which snacks to go for….so clearly the only thing to do in this situation is do all of them.  The pickled onions in creamed sherry were gorgeously softened – strange to think chomping on onions would be a good idea, but the pickle had completely toned these down with a wonderfully soft and creamy sherry flavour making it completely doable.  The hand made crisps were good enough to enjoy on their own without the pleasant garlic dip, but the crowing glory was the soft, mini Yorkshire pudding with steak tartare and a drizzle of jus and blob of soft horseradish.  I think I really could have just had eight of the latter and called it a night, but I wanted to try as many things as possible so, headed to the starters.

After the home made bread (pleasurable) I tried the green and red tomato starter which, with the salt from the ewe’s curd and accompanying salt was very good (such sweet tomatoes).  This, with the side of bone marrow mash (which was a fair variation) nearly put me at very full with just enough room to try the ice creams (and home made cookies) the nicest of which for me was the guernsey milk ice cream without a shadow of doubt – I had just missed the popcorn variety which was a shame and will try and grab next time if it’s being done.

This was genuinely comforting meal with some no messing use of ingredients and nice ideas being done in a simple and lovely way on the whole.  Probably more staggering is that this Michelin starred dinner making me utterly stuffed having a 7 course tasting menu in effect, produced a bill of £28 (without booze owing to a late night drive).  This is pretty incredible and underpins what I enjoy discovering and sharing for all, to know what is actually out there in terms of this kind of return.

A definite pin in the for food map with homely service and a no brainer for a return visit. 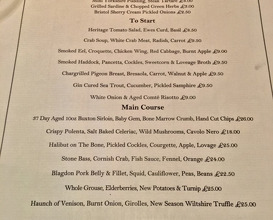 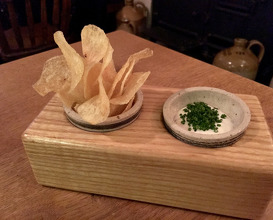 Home made crisps with garlic dip 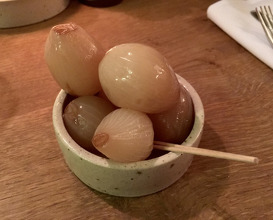 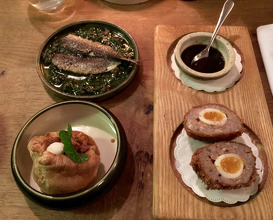 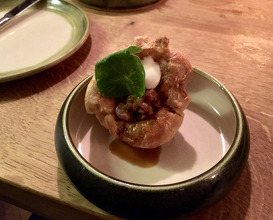 Close up of mini Yorkshire pud with steak tartare 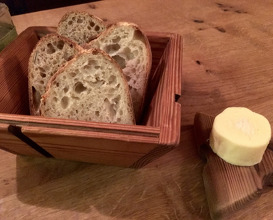 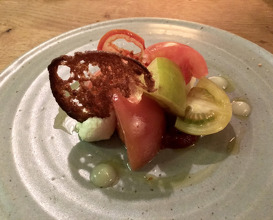 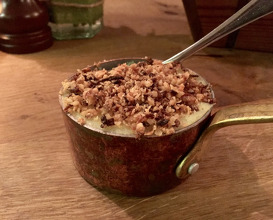 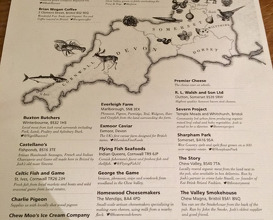 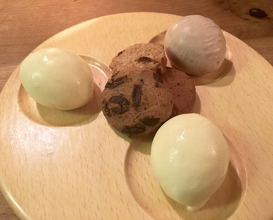 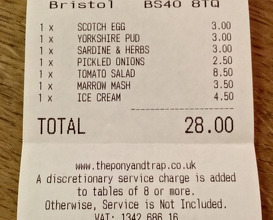