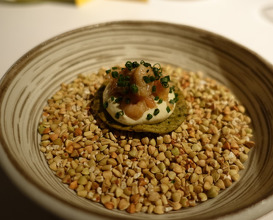 (Editor’s note: establishment is currently closed following a fire within the residence.  Billed to re-open at some point in 2019)

This was my first Michelin starred venue to try in Scotland on a holiday tour in Dec 16 and what a start this was.  Details of the food can be seen at the expansion button below, but the bottom line is that this was a very refined menu and was frankly on par with several 2 Michelin starred eateries in the UK that I have been to.  Dishes were light yet packed with flavour and the service was attentive and considered.  Of the 6 Michelin starred restaurants in Scotland that I tried in Dec 16, this took the crown for overall best food without hesitation.  I still have four starred venues in Edinburgh (including Martin Wishart’s branch there) and two other starred restaurants to go in the rest of Scotland, but Loch Lomund currently sits in pole position and was excellence on 6 plates.

Snacks here were hoovered in seconds – the potted shrimp going down very well in its zestiness and the paprika and comte cheese ball with bacon powder was utterly divine.  The amuse bouche of artichoke made me want to attack more and the salted butter to go with the simple selection of breads was particuarly good.  The cep velouté was wonderfully smooth and nicely judged to have uncooked mushroom slices for their flavour and providing a quality texture without being intrusive.

However, if this was smooth then the foie gras mousse was sheer silk.  This was perhaps the most buttery and melt in the mouth cold foie gras I have ever had and I can see why this dish has gained acclaim.  I have to say though in the spirit of being true to my taste buds, that in spite of its trump card of texture, it was more bitter than I was expecting and were it not for the sweet gels (which I thought I could have done slightly more of) it would have come down from the pedastool a little.  However, although I would have preferred a touch more sweetnesss, this really was first rate craftsmanship and presentation and utterly decadent to have.  The taste of the dessert wine had was a very good shout from the sommelier as this was not too over-sweet like sauternes can often be (too much like liquid honey sometimes).  This dessert wine from Jurancon (SW France) was dryer and far more refreshing as a result.

The lemon sole was a total triumph with its gorgeous succulent flakes, perfectly cooked and wonderful crisps on top providing a lovely texture combination as well as the apple matchsticks that gave the kick of acid it needed.  I thought this dish was nothing short of perfection.  It was also lovely to hear that this restaurant has the courage to get its beef from the USA as opposed to thinking it has to stick to Scottish beef out of loyalty if the cuts they gain from afar are better.  This certainly seemed to be a wise call as the beef had on this occasion was more ‘cowy’ in flavour than any other I think I have had in the past years.  The juiciness of the meat was superb along with the wonderful combination of the fried shallot rings and celeriac puree.  Although I found it hard to trace the marrow, this was another sensational dish.

The chestnut parfait and apple mousse with caramel & cinnamon ice cream was overall veering to the bitter rather than sweet but highly enjoyable with beautiful presentation.  Finally, the chocolate delice was seductive in its deep indulgent chocolate flavour and with gentle balancing of the cherry which I thought supported this dish brilliantly.  Petit fours were stylishly presented and rounded off a high food experience of the year.  The £112 tag for the 6 course dinner menu with tasters of wine was a fair price I would say when the results are at this level.

The restaurant is not actually a part of Cameron House hotel for info as they are two separate businesses however, the restaurant has found itself not a bad place to nest up.  Service throughout this meal was clearly passionate and it was grand as always to say hello to the man at the helm of Martin Wishart’s kitchen (Graeme Cheevers) as well as engaging chats with the floor management throughout.  My thanks to Chris Donnachie and the whole team for a great experience – it made staying in my £22.50 overnight B & B later that night nicely in perspective. 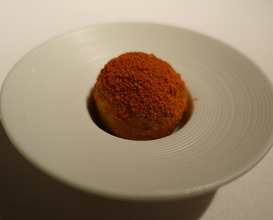 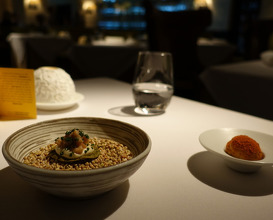 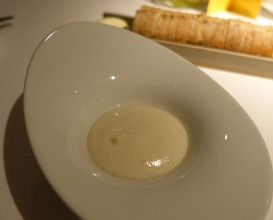 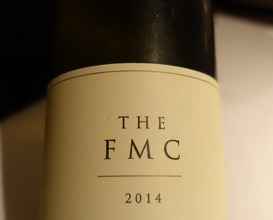 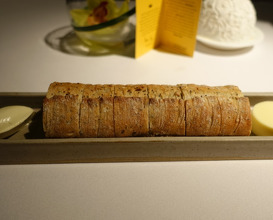 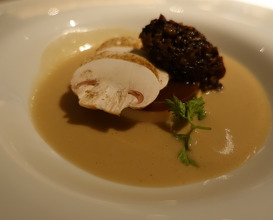 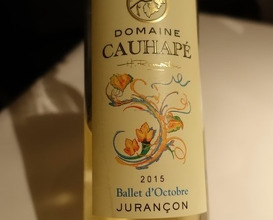 Sweet wine for the foie gras 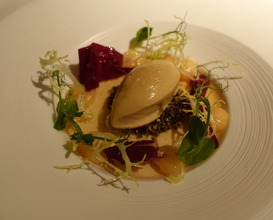 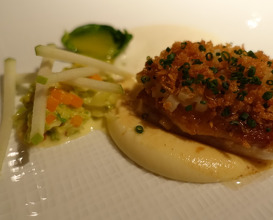 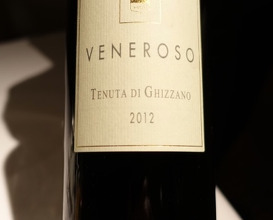 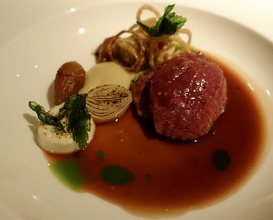 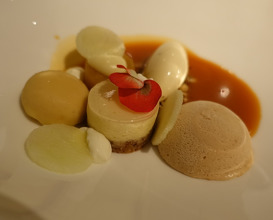 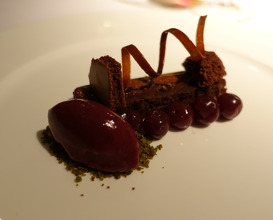 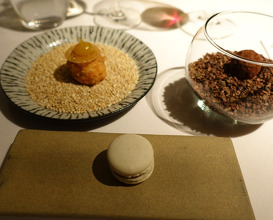 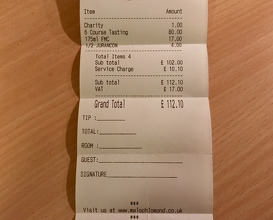