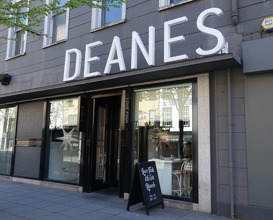 Eipic is one of two Michelin starred restaurants in Belfast at time of writing and is one of three venues within the Deanes building (named after Executive Chef Michael Deanes) and sits on the left hand side of the building as you look at it with the more casual bistro in the middle and a coffee bar on the right hand side.  Eipic itself is formal in look, with white table cloths, attentive service and small bar area to the front.  The food was well crafted and seemed to sit very comfortably in the middle-upper range of 1 starred family for flair and technicality and thankfully it also included some very good flavour moments.  I would say it is more appropriate for an evening setting and I would be very happy to do that whenever possible as there was definite return here and based on my experience for this visit, food advocates shouldn’t leave here disappointed.

Snacks came in the form of salmon, dill and linseed.  These had very light linseed crisp with entirely fresh salmon.  The dill came through nicely with a subtle tone of the pickled cucumber and a nice spread of cream cheese.  Chicken liver mousse with wild garlic was next which had a really earthy and lovely paté flavour of the chicken liver mousse in an utterly smooth and decadent texture.  It certainly wasn’t lacking salt, but the carrot puree helped tone this down and thankfully the garlic was softened at the same time.

Snacks came in the form of salmon, dill and linseed.  These had very light linseed crisp with entirely fresh salmon.  The dill came through nicely with a subtle tone of the pickled cucumber and a nice spread of cream cheese.  Chicken liver mousse with wild garlic was next which had a really earthy and lovely paté flavour of the chicken liver mousse in an utterly smooth and decadent texture.  It certainly wasn’t lacking salt, but the carrot puree helped tone this down and thankfully the garlic was softened at the same time.

Home made bread came with butter from the Abernethy family (prepared in County Down) – these were indeed well done with beautifully done white bread (perfect ‘stretchability’) and very well flavoured rye bread.  The Kilkeel crab, cabbage & salted peanuts that came with crab mousse, white crab, pickled and barbequed cabbage, butter milk & peanut shavings was a fresh and unusual combo of peanut with crab but they worked nicely together.  Although I got more peanut than crab on this course, the wine was a wonderfully sweet addition to the proceedings.  The dish was a bit small but did not detract from being a very good start.

Then came the tartlette of new seasoned asparagus, peas, bacon and egg.  This was frankly outstanding in balance of salt from the base of bacon jam and sweet from the pea puree and with a delightful brown butter hollandaise with lovely asparagus within a perfectly light crisp of a tart – fantastic cooking here and difficult to fault in anyway.  Turbot was next with kohlrabi, roast bone sauce and coastal greens: the roast bone sauce beneath the turbot was deep and rich, with care given to the portion size of such a strong sauce.  The kohlrabi sauce and oyster leaves were a tasty support act.  The turbot was perfectly cooked and overall there was a very clean and deep flavour all round on this dish supported by a very light Chardonnay to compliment as a cracking recommendation from the sommelier – this was actually one of the best parts of the meal all round.

Baked pink fir potatoes with lovage butter, spring onions and cheddar was next and I loved the way there was confidence here to make the ordinary celebrated to a higher level.  Served with cheddar sauce and spring onion emulsion this had the makings of a superb dish but I found the sauces ever so slightly flat but the potatoes were done beautifully and the dish was lifted (saved would be too strong a word) by the caramelised onion for giving it the kick it needed to combat the bitter notes that were present.

Mourne  Mountain lamb, Jerusalem artichokes and black garlic were next which had a soft elegance all round.   This was gorgeous meat with cool, artichoke puree, wild garlic that was nicely done, with a lovely jus and a Shiraz that was rich but not overpowering.  This also had a fabulous purée with saltiness of the garlic made this simple and elegant.  The Australian Shiraz was a great shout by the Sommelier as was soft with hints of cocoa which seemed to compliment the garlic surround sound from the lamb very much.

The lemon curd, mascarpone & iced sorrel pre-dessert was smooth, soft and light, particularly the shortbread base which was extremely good.  For the final dessert, chocolate & coffee cream was provided with passion fruit.  Although the passion fruit was quite sharp for me, it did its job well to balance the sweet and rich chocolate Grenache and delice – overall, a nicely done dessert.

As ever I had a few miscellaneous observations for this meal which include that some dishes were a little bit of a struggle to eat in the presentation of the cutlery – it was a bit awkward to reach all of the chicken liver dish with just the knife and no spoon for the crab gave rise to sorrow of not being able to have the sauce at the bottom, but was rectified by asking for a spoon.  A very minor point, but at Michelin starred level, was easily rectifiable (which was).

I think this is also the first place I have been to that has offered 15ml portions of wine which I think is a superb notion – obviously the management doesn’t make as much takings on this, but I strongly believe is a plus point as the diner simply leaves more happy as the meal is far better value.  If you’re like me, I actually only need a thimble of wine for courses sometimes as I eat far faster than I drink and this reduces the chances of stacking.

Other than that, this was a sophisticated meal and a strong start for exploring the culinary scene in Belfast.  No disagreements with the Michelin guide here at all and as mentioned, for the food, this is very good cooking with the starred family. 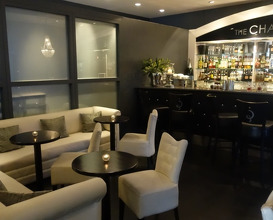 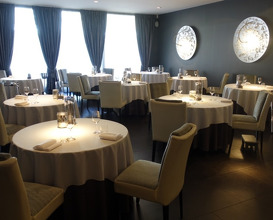 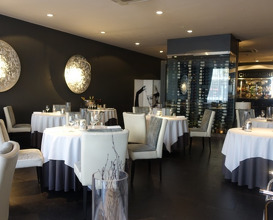 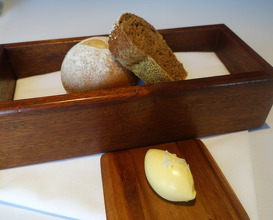 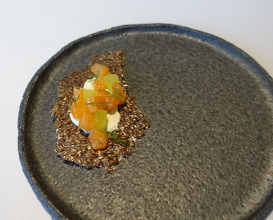 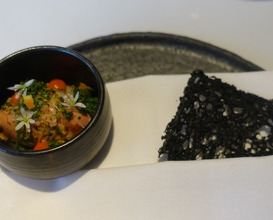 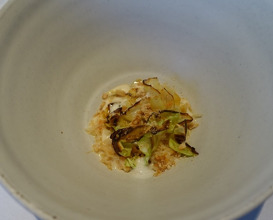 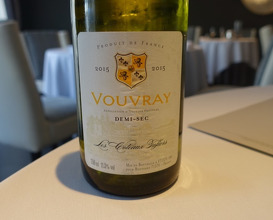 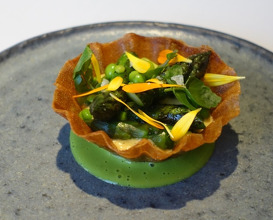 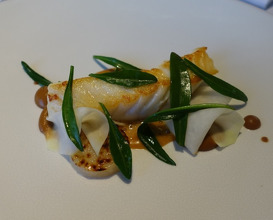 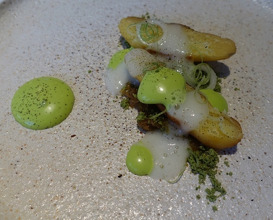 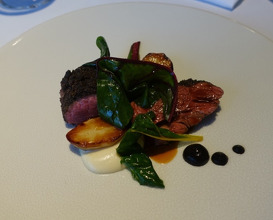 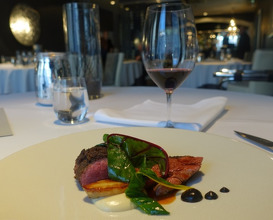 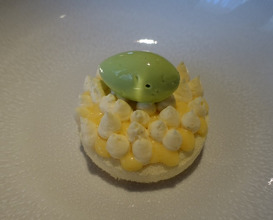 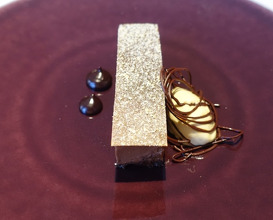 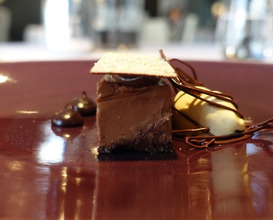 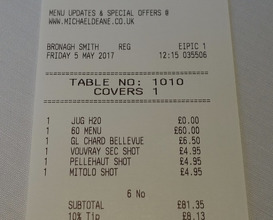 The lunch bill for 1 with matching drinks