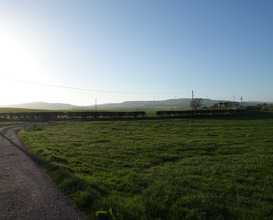 Approximately 30 mins drive southwest of Glasgow sits this Michelin starred cottage off the beaten track.  Quite literally as it turned out as I was followed by a curious bunch of cows on the other side of the fence as I made my way there.  Keith and Nicola Braidwood have been here for over two decades and held his Michelin star since the year 2000.  I look back on this meal as one of those meals that was utterly comfortable.  Service from the one additional staff member to the husband and wife team was bubbly and the small team demonstrated the definition of warm hospitality.  Although the dishes were unsophisticated in comparison to other starred restaurants, the bottom line is that I had the finest cheese tart I have ever had in my life here and was worth the journey in itself.  Several of the people present were known personally by the staff such is the community and I enjoyed the personability of the meal.  If you come here you are made to feel very much as if you are in your own home and it was lovely to have experienced this nugget within Scotland.

Owing to the one-man band inside the kitchen the menu is understandably very much an a la carte affair here with two-three choices of each of the starter, main and dessert courses.  Canapés came in the form of bacon and mushroom mini-tarts which were simple, and pleasing.  Although I would personally go with a less crumbly and thinner crust for the tartlet, it was filled with a highly pleasant and creamy filling.

Owing to the one-man band inside the kitchen the menu is understandably very much an a la carte affair here with two-three choices of each of the starter, main and dessert courses.  Canapés came in the form of bacon and mushroom mini-tarts which were simple, and pleasing.  Although I would personally go with a less crumbly and thinner crust for the tartlet, it was filled with a highly pleasant and creamy filling.

Grilled hand dived Wester Ross Scallops on a mildly spiced chana dal was my chosen starter.  This was good news to me on another note as recently I have had the ‘all clear’ from the doc to be able to eat scallops and other crustaceans after a period of intolerance.  I found these ones beautifully sweet and in no danger of not having enough on this plate.  I wasn’t hugely keen on the curry sauce to go with the scallops in comparison however – not that it was bad, but as opposed to a subtle potatoey quality of the sauce I believe these required a more luxurious and rich sauce either in the form of an exciting drizzle or decadent emulsion.  This chana dal seem to contrast and not work with the juicy, sweet scallop which, was a pleasure to behold again.

On being presented with the parmesan tart, I must admit, I wasn’t particularly blown away by the presentation with its micro rockette salad.  However, this was until I felt the knife cut through the perfectly soft and thin pastry at the edge and see the strings of cheese stretch as I pulled away the first bite.  Alarm bells were ringing at how good the texture was here and after eating, I absolutely understood the bigger picture here.  This was without doubt the softest, lightest and most perfectly balanced cheese tart I have ever tasted and crucially wasn’t so light as per soufflé but thick enough without being too heavy.  It was perfectly balanced in flavour and truly lovely.  The pepper coulis was subtle in comparison but it was good to have its textural, sauce element as the perfect adult version of ketchup blob as a side dip.

Grilled fillet of wild North Sea halibut on crushed potatoes, peas and a warm tartare sauce was next and was indeed immaculate fish which was perfectly plump, sweet, juicy.  The warmed tartare sauce was runnier than I expected but still very pleasing in creaminess and lemony sharpness at the same time whilst being interesting with its addition of mint as well.  I loved the buttered and crushed potato base and the only thing I thought detracted the dish a little was the large and chunky asparagus.  Clearly these were there for this purpose of providing the crunch of texture and a bit of bitter, but slightly smaller pieces or less of them would have been my personal choice at this point.  A pleasant dish none the less.

The salted caramel ice cream here was undeniably good and I liked the salted caramel tiule that it came with a long with the crunchy and dark, other components as well.  I was reassured with having no food envy of any other tables that I could catch sight of for dessert.  I foolishly didn’t ask the head chef afterwards what the secret of the petit four fillings were as these were absolutely superb as hard cream fillings and some of the best chocolate petit fours I have had.

So I would describe the food at Braidwoods as unfussy, uncomplicated  and homely with some superb ingredients, the handling of which, I believe the Michelin guide have always enjoyed the most over the years. 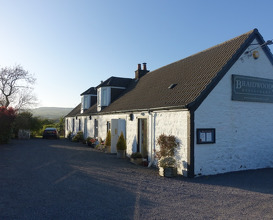 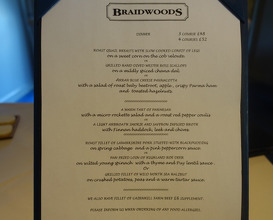 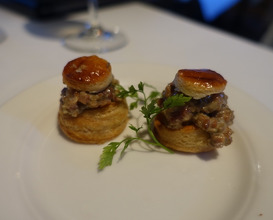 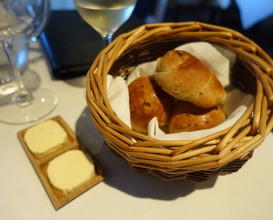 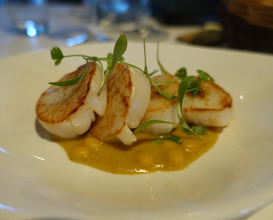 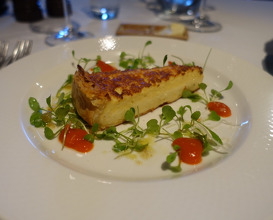 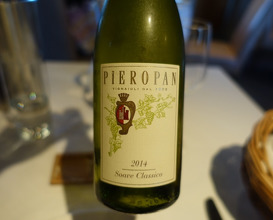 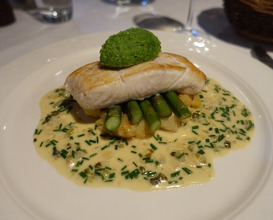 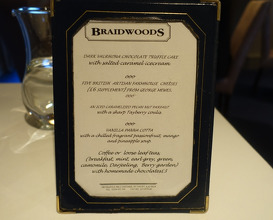 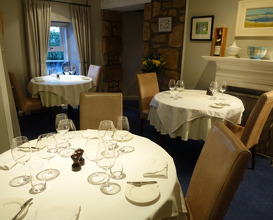 One of Braidwoods’ dining rooms 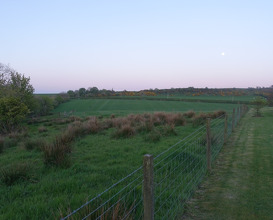 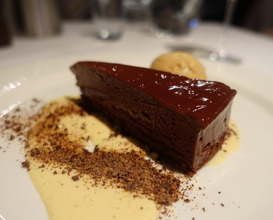 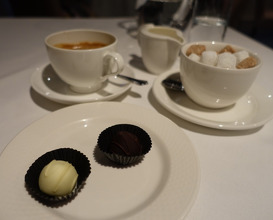 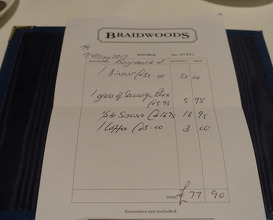