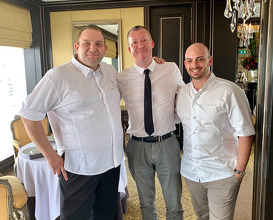 Lunch last month in Bangkok at ⭐️⭐️ Le Normandie in the Mandarin Oriental Hotel which was a shadow of it’s former self while undergoing extensive refurbishment. This was a collaborative meal between chef Arnaud Dunand-Sauthier of Le Normandie and chef Maxime Gilbert of ⭐️⭐️ Ecriture in HongKong. I have been to several collaborative or take-over meals in Bangkok and had low expectations as they have mostly been shockers with European chefs attempting to transfer their cuisine and philosophy thousands of miles to a strange kitchen just for a couple of days for far more covers than they are generally used to doing. It always just seemed like bait for the wealthy locals to be seen doing this sort of thing (and me I guess?). Also, to add to this, I didn’t think the food at Le Normandie would be my bag at all. Far too classical for me based on a visit several years ago where they made me wear a jacket and tie (I have issues with this policy especially when it’s pushing 40 degrees outside) but that’s just personal taste and no fault of the chef.
Having said all that, the meal was great and I couldn’t really fault it. I think it will certainly have been easier for the Ecriture team to organise themselves coming the relatively short distance from HongKong. My only be-puzzlement was at the menu we received which instead of giving a description of the dish we were to receive just, in most cases, gave a precise almost scientific description of the main ingredient. The scallop dish was described thus:
“Scallop. Scallop is a common name that is primarily applied to any one of numerous species of saltwater clams or marine bivalve mollusks”
“Does it come with mash?” I felt like asking??‍♂️
After a bit of homework it turns out that all the dishes at Ecriture in HongKong are describes this way on their menu. Anyway, it was all extremely tasty so I will definitely look up Ecriture next time I’m in HongKong and be back for more of chef Arnaud ‘s cooking soon. 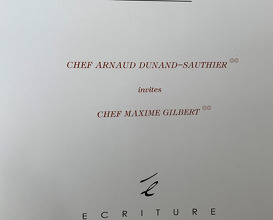 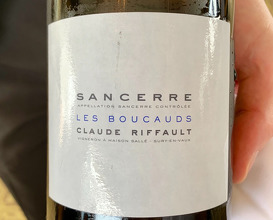 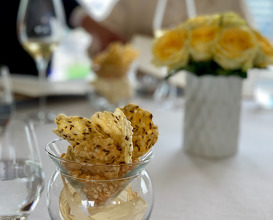 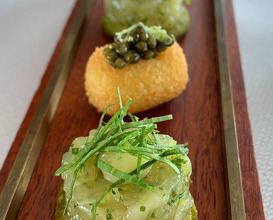 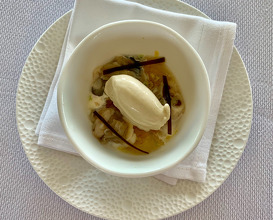 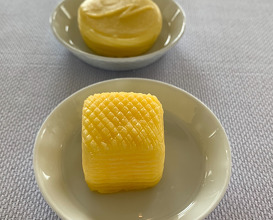 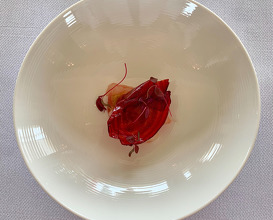 AMAEBI AMAEBI, OR SPOT PRAWN, IS A COLD WATER NORTHERN SHRIMP KNOWN AND NAMED FOR ITS SWEET TASTE 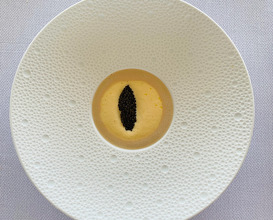 CAVIAR AND POTATO A RE-INTERPRETATION OF A CLASSIC FRENCH DISH, WITH FRESH SEA URCHIN AND DAURENKII CAVIAR 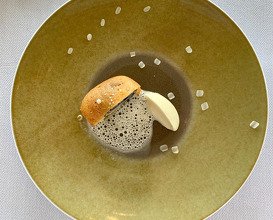 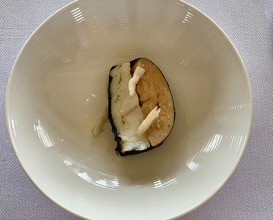 TURBOT A SPECIES OF FLATFISH IN THE FAMILY SCOPHTHALMIDAE, NATIVE TO MARINE OR BRACKISH WATERS OF THE NORTH ATLANTIC 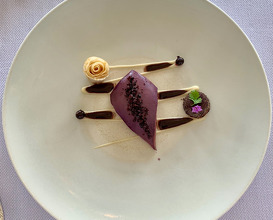 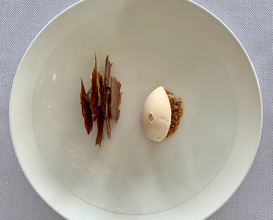 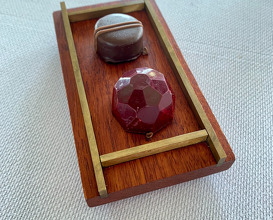 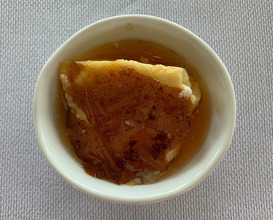